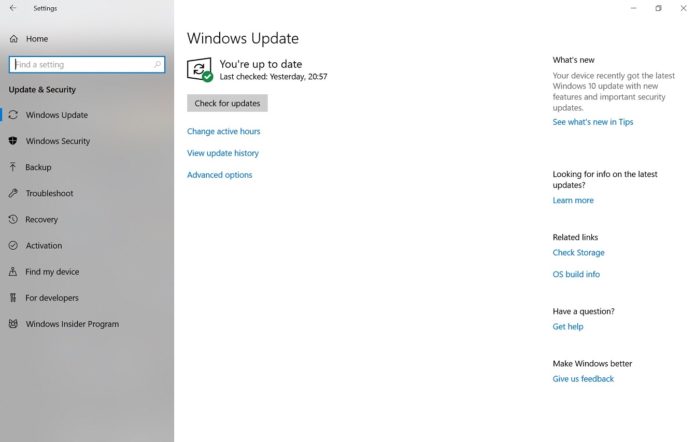 Microsoft today released a new cumulative update for Windows 10 version 1809 and it’s currently rolling out to Insiders. Windows 10 Build 17763.104 (KB4464455) is available for Insiders in Slow Ring and Release Preview Ring. It comes with several improvements and fixes that will be part of the Windows 10 October 2018 Update.

“We have released the Windows 10 October 2018 Update Build 17763.104 (KB4464455) to Windows Insiders in the Slow and Release Preview rings,” writes Dona Sarkar and Microsoft Brandon LeBlanc.

This update has fixed some issues in Windows 10 October 2018 Update. For example, the patch includes a fix for an issue where the Task Manager reported incorrect details under the Processes tab. Microsoft has also fixed an issue where in certain cases IME would not work in the first process of a Microsoft Edge user session.

Another bug that resulted in unresponsiveness of some apps after resuming from connected standby mode has been addressed. Microsoft has also fixed capability issues with 3rd-party antivirus product. Last but not least, this patch finally fixes driver compatibility issues.