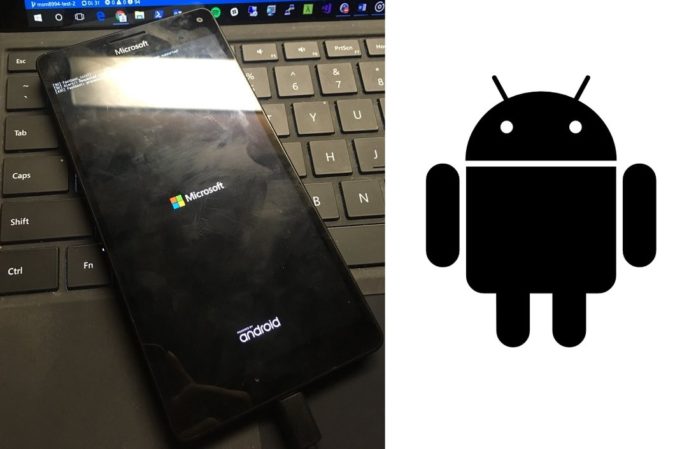 Microsoft gave one last attempt at revamping Windows on Mobile experience with the launch of new flagship the Lumia 950 and 950 XL in 2015. While Microsoft is still leading in innovation, the company has given up on Windows Phones.

Microsoft has confirmed a while ago that the company won’t release any new feature updates for the Windows Phone. A developer has however found a solution to bring Lumia 950s back to life. Developer Ben claims that he has managed to boot Android operating system on Microsoft’s Lumia 950 XL.

So how did he do that? Unfortunately, details are not available at this point but it’s likely that the guide will be published soon. At the moment, it’s not clear if all features such as phone calls and data connectivity work correctly.

Microsoft’s poor team management and developers not being committed to the Windows Phone contributed to issues that never allowed Windows 10 Mobile to grow. Microsoft always delayed new features for their phones, and due to a number of issues, the developers were no longer interested in Microsoft’s mobile platform. Windows Phone eventually failed and all these issues pushed users to the rival platforms.

Myerson recently admitted that Microsoft could have saved the platform if they had acted fast. Microsoft just couldn’t catch up with its rivals.

As with every leak, take the Android on Lumia project with a healthy dose of scepticism, especially because Android won’t be as stable as Windows 10 Mobile on Lumia, but the Play Store support could still help some users.

Translation of the below tweet: Happy April Fool’s Day (this is true).

Is this an April Fool’s Day Joke? Maybe or maybe not.