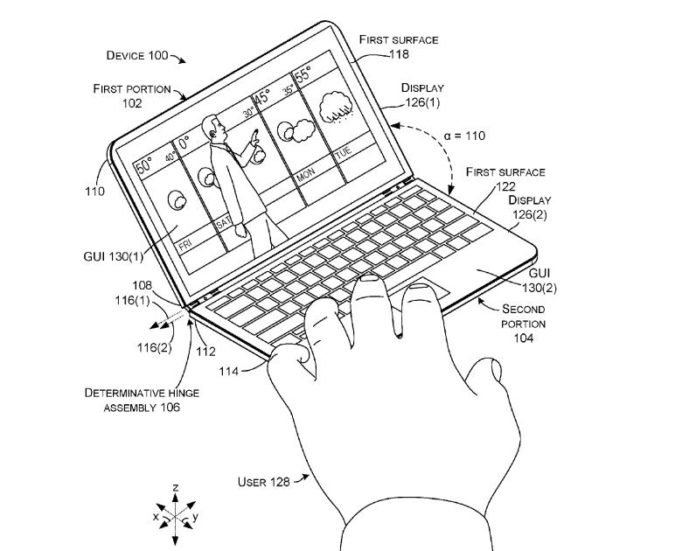 It’s an open secret that Microsoft is working on a foldable device codenamed “Andromeda” also known as the “Surface Phone” by many Lumia fans.

So far we all know that Andromeda is a foldable device that has telephony capabilities and runs Windows Core OS. We also know that this device could be a phone when folded and when unfolded it could also be a tablet. But it seems that there’s much more to it.

WalkingCat on Twitter discovered a patent that documents all the possible explanation about Microsoft’s Andromeda device. It describes how Andromeda’s folding technology works and also shows a couple of use cases.

According to the patent, as we all know, Andromeda is a hinged foldable device. But here’s something interesting about a possible use case of this kind of device. 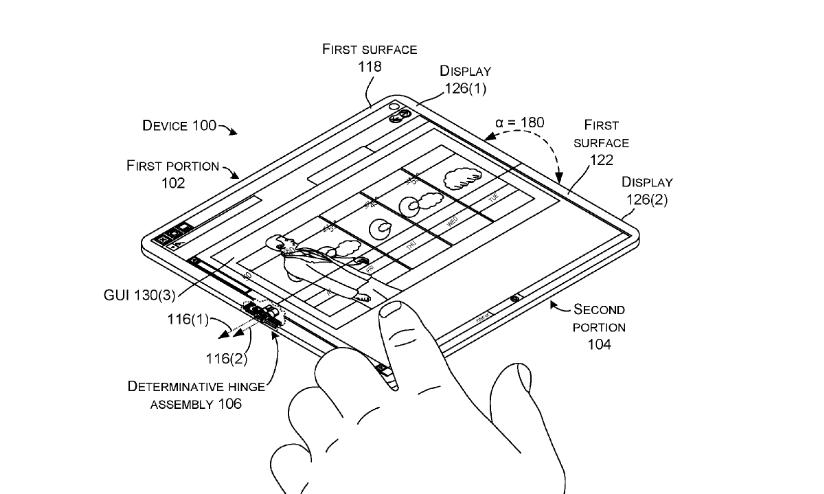 It is quite obvious that everything here will be powered by Windows Core OS (WCOS). And that’s the whole point of this OS. WCOS itself is supposed to be a modular OS that dynamically switches between shells/composers to treat that particular form factor.

We clearly see how all the pieces are joining here. With OneCore, UWP, WCOS, Windows on ARM, hardware innovation by Surface and PWA coming together, Microsoft is certainly trying to get back into the “mobile” world. Microsoft doesn’t seem to give up on “mobile” space yet. Windows Phone/Windows 10 Mobile has certainly died (for sure), but Windows on mobile isn’t dead yet. In fact, it is coming back. Stronger than ever.