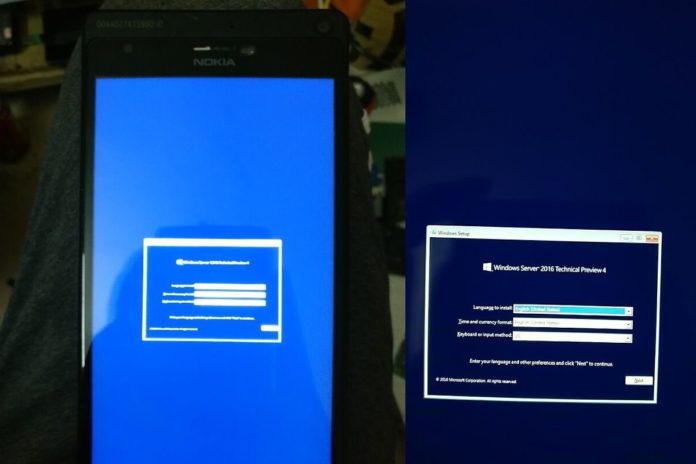 While the enthusiasts are booting Windows RT on Windows Phones, a developer has successfully managed to run the Windows 10 ARM64 installer on an unreleased Lumia 950 prototype. It appears that the project which is supposed to bring Windows 10 ARM operating system to Windows Phones is advancing pretty nicely, though there are many bugs and we are not sure whether the developer has successfully installed the OS or not.

Lumia RX-130 is actually the Lumia Hapanero, a Windows Phone which was created for demo at Build 2015 developer conference. The Lumia Hapanero also had Surface Pen support and sensitive touchscreen. According to reports, the Lumia Hapanero was powered by Qualcomm Snapdragon 810 processor with 4 GB of RAM and 32 GB of storage.

The Lumia Windows Phone handset running Windows RT or Windows 10 ARM cannot perform certain important tasks such as the ability to make cellular calls, it is one of the limitations that the developers can’t deal with it. “Windows and Windows Phone shares a different RIL stack, unless you develop a set of tools that deal with AT commands, you will not get cellular connectivity on Windows RT on Lumias,” the developer explained.