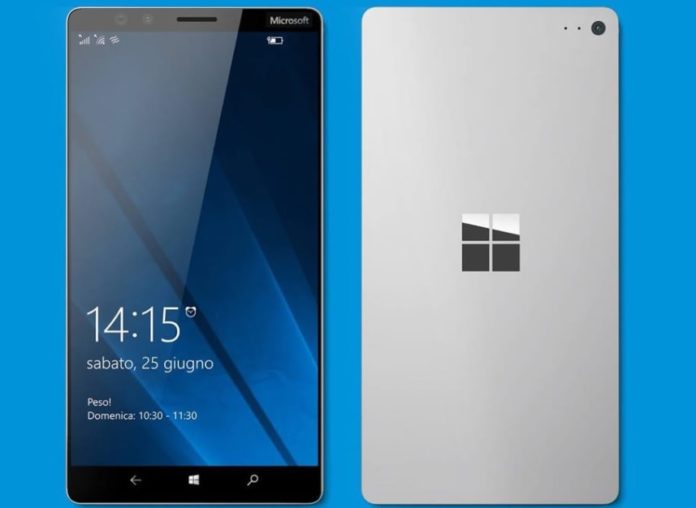 It has been more than three year since the first rumor of Microsoft’s Surface Phone emerged online, even though Microsoft hasn’t confirmed the existence of the Surface Phone, new information about the mythical mobile device emerges online every once in a while. Another new rumor has confirmed that the company is still looking into building a unique mobile device behind the closed doors. One of such rumors recently claimed that the company’s next device would be a foldable phone and this is confirmed by the plethora of patents discovered in the last couple of years.

Although Microsoft hasn’t confirmed whether or not the Surface Phone will be released, the Redmond giant recently grabbed the Surface-related domain names including SurfacePhone.com, SurfaceLaptop.com, and SurfaceCar.com. While this is not a confirmation that the Surface-branded phone is still in development and now a new rumor claims that the Microsoft’s mobile device was real but it has been ultimately canned.

A well-known Italian site now claims that the actual Surface Phone project has been canceled last year after three years of development. Microsoft canceled the ultimate mobile device as it wasn’t ready for the consumers and as Microsoft unofficially abandoned the Windows Phone platform after the release of Lumia 950, the Redmond-based company purportedly canned the Surface Phone back in 2016.

“This is not speculation at all. I have this information since a year ago but I couldn’t publish this post till now. The Surface Phone has actually existed but for some reason, they didn’t want to launch it. What I’m saying you is that the new “Surface Phone” is not gonna be like the “prototype” made a year ago, but is gonna be a completely different concept. Last year indeed, they had a kind of “exclusive” with that type of smartphone and that one was with the Nokia and Microsoft brand,” Gerardo Siano says.

Microsoft is now testing a mobile device codenamed ‘Andromeda’ with the foldable body and Windows Core OS, a new modular version of Windows 10 operating system. Microsoft obviously wants to make the most of foldable Andromeda mobile device, so the firm is internally testing UWP apps that are capable of running on such device. Microsoft’s HoloLens creator Alex Kipman is working on working on the most innovative feature ‘holographic display’ for the Andromeda mobile device.

Microsoft’s Andromeda could be the Courier-like digital note taking device but with specs and design, Microsoft wants the new device to be able to show holograms. Although it won’t be the Surface Phone, phone capabilities are still likely to be offered. If the Andromeda project gets the green light, it will be a super-expensive gadget and do not expect it to hit the shelves sooner than 2018.