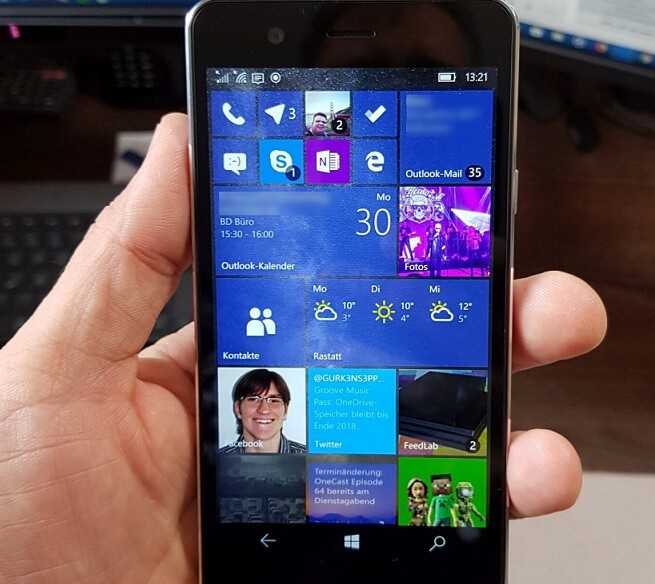 Showcased back in Berlin at IFA 2017, Trekstor’s WinPhone 5.0 was reportedly cancelled as the company never planned to target the consumer market with its new Windows 10 smartphone. The Trekstor WinPhone 5.0 was always supposed to be a business-focused smartphone but now it appears that the popular German manufacturer is finally planning to launch its new Windows Phone.

First spotted by a German site, Trekstor will launch a Kickstarter crowdfunding campaign to collect whopping 500,000 Euros. The Trekstor WinPhone 5.0 will be available on Kickstarter tomorrow, the supporters will receive the WinPhone 5.0 for €209 instead of €249 original value.

The WinPhone 5.0 comes under the mid-range category, it has a 5-inch HD IPS display with resolution of 1280×720 and Gorilla Glass 3 protection. The Windows Phone is powered by Qualcomm Snapdragon 617 processor with clock speed of 1.5GHz Octa Core, 3GB of RAM and 32GB of internal storage.

The other features include a 13-megapixel rear camera with autofocus, 5-megapixel front camera and 2250mAh non-removable battery. The WinPhone 5.0 for €209 sounds like a good deal but as Microsoft has officially given up on Windows Phone, do you think Trekstor will be able to raise funds to get the idea off the ground?