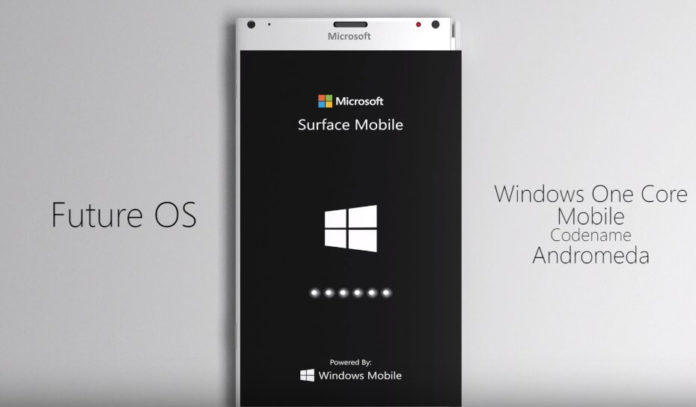 Surface Phone, codenamed Surface Andromeda will be powered by Microsoft’s new operating system ‘Windows Core OS’. The Windows Core OS could bring much-needed features to the ultimate mobile device ‘Surface Phone’. So far we know that Windows Core is a modular and universal OS, now it appears that the new OS is actually much more than an improved version of Windows 10 for mobile.

A reliable Italian blog has detailed the Windows Core from their sources, revealing the features of the new modular OS that will power the Surface Phone. In this article, we will understand Surface Phone’s Windows Core OS in detail.

Windows is a layered design operating system that consists of two main components called user mode and kernel mode, the kernel is responsible for connecting the hardware and the operating system. Today, Mobile, PC and Xbox One have a different version of Windows 10. The Composable Shell (CShell) that runs on the top of Windows Core OS plays a major role here, it makes the kernel and the basic Windows libraries independent of the architectures, this helps Windows 10 to run on mobile, PC and Xbox One without making major changes.

The Composable Shell (CShell) is written with UWP API and Microsoft is no longer required to release a different version of Windows 10 for Mobile, Xbox as it will automatically change its interface and fit in any screen size devices such as mobile. The best part of the interface is that it won’t be dependent on a specific hardware.

There are many CShell composers and one of them is Andromeda, the mobile composer. Microsoft is internally testing a mobile device codenamed Surface Andromeda and it might be unveiled as the Surface Phone or something completely different.