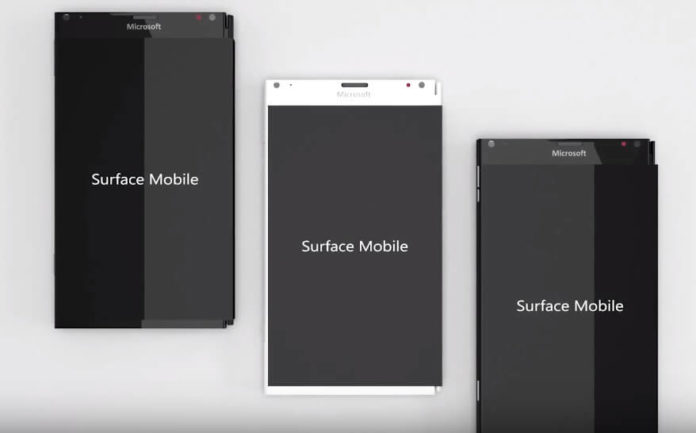 Surface Phone, the mythical device once predicted to launch this year isn’t expected to arrive until 2018. As there’s been a lot of rumours and speculation about what the Surface Phone would look like. A designer has created a new concept video that gives us a glimpse of what the most-anticipated ultimate mobile device could look like.

The back of the ultimate mobile device resembles the look of Microsoft Surface Book and it has a unique foldable body, when unfolded it becomes a tablet-sized device. The design sketches the desktop-like-interface for the Surface Phone and it also shows support for emulation of Win32 applications on ARM chipset. It has a hinge just like the Surface Book, the hinge helps the device to fold or unfold.

The other features of the ultimate mobile device include Snapdragon 850 processor, 8GB of RAM and 3D touch display. Another interesting feature imagined in the concept is the Studio Mode where the Surface Phone connects to the Surface Studio with a Dock.

Back in May, Microsoft CEO Satya confirmed that the company will make more phones that won’t resemble the look of a simple smartphone. The concept is the perfect example of a 3-in-1 unique mobile device. What do you think about the concept? Let us know in the comments below.