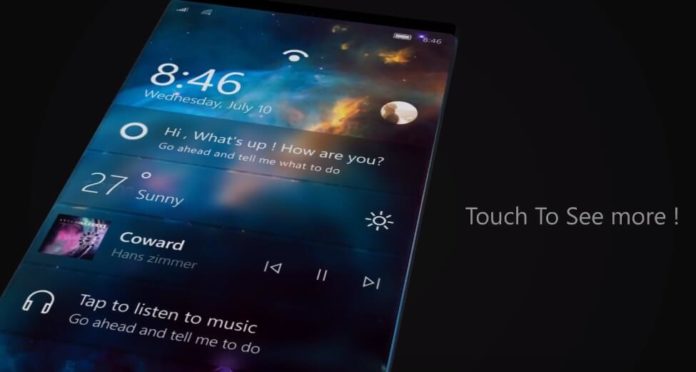 Furthermore, the fluent design on lock screen makes the device look even stunning. Just like the cancelled Lumia McLaren, the concept shows the Surface Phone with a 3D touch screen. The device features a large qhd display with a fingerprint scanner on the integrated start screen button. It has a 20-megapixel camera on the both front and back.

Another highly-requested feature of interactive lives titles is shown in this concept. The concept looks awesome and you can watch the video to know more.