Ever wondered why the usually slow and cumbersome Windows Update process has gotten faster with the recent Insider Builds? In this article we are going to explain the update process in layman terms and tell you the secret behind the seems faster feel.

What is Windows Update?

While this probably needs no explanation, Updates are an integral part of any software. No piece of code is bug free and perfect, so updates are pushed out to rectify it. Updates also add more features, fix bugs and most importantly, makes sure that your device stays protected. 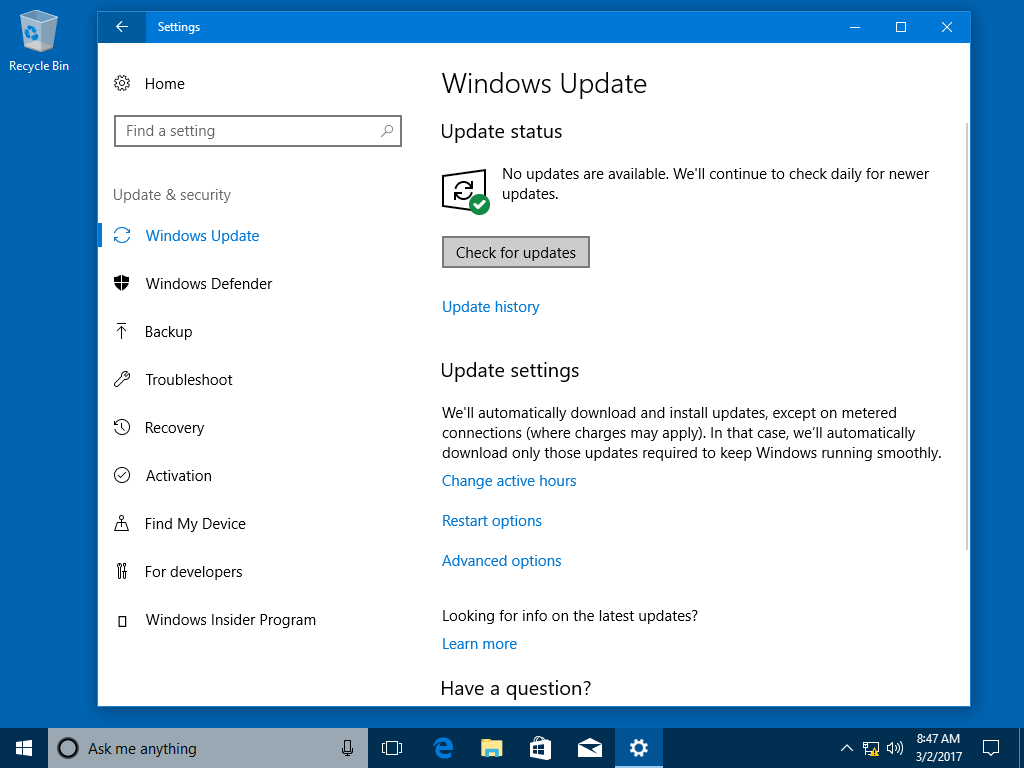 The security part is one of the most important reasons why you should always get the updates. There are plenty of troublemakers on the internet, and your PC/Phone should be always stay safe from their hands.

Windows Update can be classified mainly into two types, Security Updates and Quality Updates. Security patches are important ones and should be installed immediately. Quality or feature updates are recommended updates, that add new features or fix nasty bugs.

Like all previous versions of Windows, the latest and greatest iteration of the OS comes with the mandatory Update tool. While updating the OS in Windows 10 is much more hassle free than Windows 7 or 8, there is one major improvement(or drawback?).

In previous versions of Windows, users could block, pause and even cancel Windows Updates. While this may appear beneficial for users running pirated copies of the OS or on metered connections, their PCs remained at risk. Attacks like the recent Petya Ransomware can wreak havoc on unpatched PCs. To counter this risk, Windows 10 has made the update process mandatory on the Pro, Home and S versions of the OS.

Compulsory updates in Windows 10 is beneficial, no matter what some tech sites and pundits may say. They protect your PC and makes sure it works smoothly.

The latest PC insider builds have been quite exciting for insiders. Loaded with features, fixes and goodies, Fall Creators Update is almost feature complete. While not noticeable as the other features, Microsoft has made some good improvements in the Windows Update section to make it faster.

Previously when the user downloaded updates, the process would go through a lengthy cycle to complete. Firstly, there was the “Online Phase” during which updates were downloaded in the background. Users could use their PC normally during this phase. Then started the time consuming “Offline Phase“. In this phase, the PC reboots and migrates all the user settings and apps. The new OS version gets installed and the drivers get migrated. The user contents are then restored and the PC reboots again. After all this, the update process gets completed.

With the new update mechanism, Microsoft aims to reduce the second update phase. The first phase continues as usual and the second phase gets streamlined. Now, your PC reboots, the drivers get migrated and the user content gets restored. After the process completes, your PC is now ready for usage. Due to the much narrowed down offline phase, the user has to wait less during the Windows Update process.

This new update mechanism is currently available for Windows Insiders and will roll out for the rest of the users with the Windows 10 Fall Creators Update. The next feature update for Windows 10 is scheduled for a September release this year. If you don’t want to be kept waiting, you should sign-up for the Insider builds and start enjoying the new goodies from now!