WhatsApp team has been regularly improving its App on All Platforms. The company has recently released a new update to its Android Beta App. The update for the app has introduced new emoji’s which were already released to the iOS Beta App with OS version 10.2.

The new emoji’s are currently available for all Beta users on Android with latest version 2.17.46. With the latest Android Beta Version you get a number of new profession emojis, a clown, an avocado, a girl and a boy doing a facepalm and a shrug, a butterfly, bacon, a nauseated face, a new dancing boy, a whiskey glass, and more. 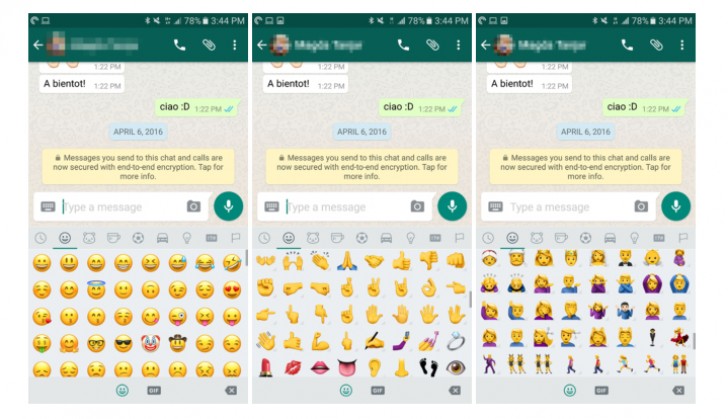 These latest emoji’s are currently available for Android Beta users with version 2.17.46. The WhatsApp team today updated the Windows Beta App to new version 2.17.44 with UI changes to the Info page, but we could not find any new emoji’s added.

Since there is not a very big difference in the version numbers for Android and Windows, we can surely expect the new emoji’s to be released to the WhatsApp Beta Application for Windows in the next update which will take the Windows Application to 2.17.46.

We will be tracking all the latest changes or features released in the Windows WhatsApp Beta version very closely, so make sure to keep watching this space for information on the availability of the new emoji’s.

If you haven’t downloaded the latest beta version for Windows, you can do so by clicking the below link.