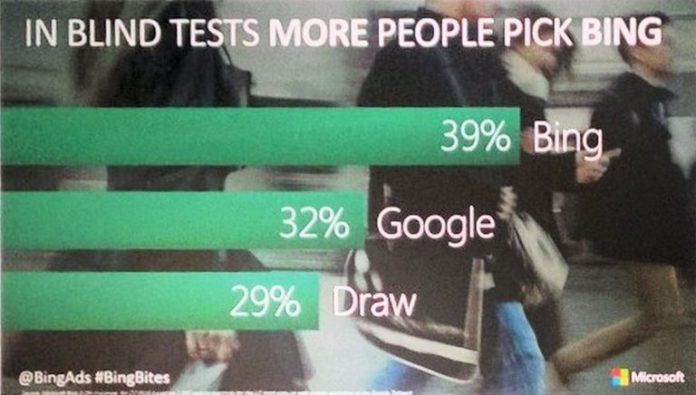 Microsoft has revealed that Bing’s Market share has now reached 18.1% search market share in UK which means that it is doubled from what it was last year. 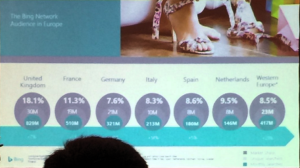 Windows 10 launch is also over if the reason for this rise as Bing powers searches in Cortana which is getting popular day by day.
Windows 10 and Edge contributes 35% in Bing’s growth and also reported by Microsoft that 90% of Edge users retain Bing as their default search engine.

For those who don’t know about use of Bing in other ways, it powers searches of digital assistant Siri on the iPhone, Alexa on the Amazon Echo and Kindle tablets, Yahoo searches.
Bing is now processing more than 15 billion searches per month now.

Video from the event: