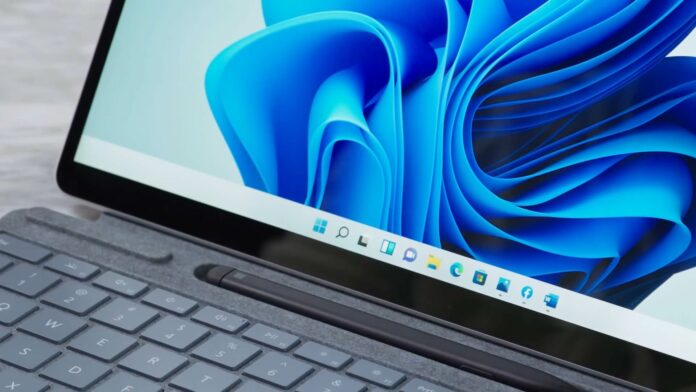 Microsoft has officially confirmed that Windows 11 version 21H2 (the original version) has been cleared for broad deployment. This means the update is now being offered to all users with compatible hardware i.e devices that officially meet the hardware requirements of newer processors with TPM.

In other words, Microsoft has finally released Windows 11 for everyone and it is no longer being rolled out to select users in stages. Earlier, the various bugs and glitches in the operating system prevented Microsoft from pushing the update to all users. This includes compatibility issues with drivers or apps.

If you have a compatible device and you haven’t installed Windows 11 on your device just yet, you can now check for updates in the Settings app and a new notification to download the update will appear on the screen. That’s because Windows 11 is now ready for all eligible devices.

As we’ve seen in the changelogs of the monthly cumulative updates, Microsoft has been working to address critical and annoying issues around the operating system. Windows 11 was officially announced in June 2021 and it started rolling out to more users a bit later, so Microsoft has taken some seven months to give the thumbs-up to version 21H2.

Thanks to the bug fixes released via the cumulative updates, Windows 11 has been made available for all eligible devices earlier than the release of the next feature update.

However, if your device doesn’t meet the requirements of the 8th generation or newer processor and TPM, you won’t be able to install Windows 11 unless you bypass the requirements.

Microsoft is currently aware of a few known issues in the operating system, including a bug where users might encounter authentication failures on the server. A fix for this bug is already in the works, but there’s another bug that has been bothering some users – app crashes caused by May 2022 update.

Microsoft has acknowledged the reports of app crashes in Windows 11 and is actively working on a workaround, which could be delivered via the optional update later this month or next month.

Microsoft has also finalized Build 22621 as the RTM of Windows 11 version 22H2, which means the next feature update is now ‘feature locked’ and Microsoft is focusing on quality improvements or bug fixes only.