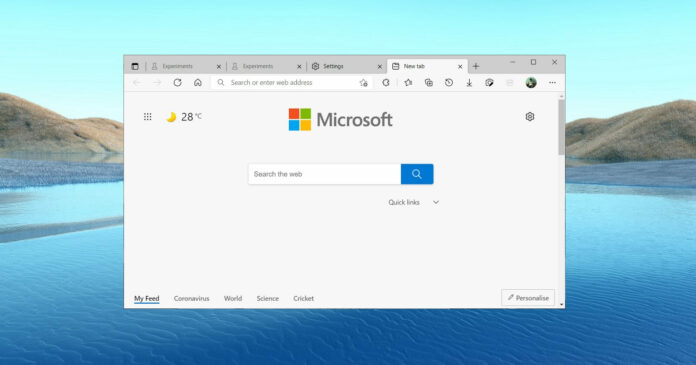 Microsoft Edge is now the second most popular desktop browser with up to 10% market share. Chrome remains the number one browser with a 67% share and Apple’s Safari has fallen to the third spot above Firefox. This is according to browser-tracking company StatCounter.

Edge’s Chromium version was released in 2020, but Microsoft created the browser for Windows 10 in 2015 as the company’s replacement for Internet Explorer. Even though Microsoft Edge Legacy was heavily promoted on Windows 10 and included interesting ideas like ‘Set Tabs aside’ or Tab previews, it didn’t work.

There are plenty of reasons for Windows 10 default browser’s failure. But a significant one is the way the company designed the ecosystem, including the lack of add-ons for Edge and browser updates tied to annual Windows 10 feature updates.

Microsoft killed Edge Legacy and replaced the old browser with Chromium-based Edge everywhere. Following the release of its Chromium Edge, the company has continued to update it with new additions. Although these efforts may not be enough to convince the loyal user base of Chrome, Edge has certainly taken away market share from rivals.

In April 2021, Safari had a strong second-place position with close to 10% of the desktop browser market and Edge was in third place with 7.96%, while Firefox languished in fourth with 7.78%.

Safari is now lagging behind Edge with 9.61% share, Firefox is at 7.86% and Opera has dropped to 2.43%. Edge seems to be doing pretty well in the desktop landscape, but there has been no changes in the mobile market where Chrome and Safari are market leaders

Edge is invisible on mobile platforms and it doesn’t even show up in StatCounter’s top five browsers figures.

While Edge is growing in the desktop market, it won’t be beating Chrome.

If you haven’t given Chromium Edge a try yet, you should definitely test out Microsoft’s browser. It has received several improvements in the past few months and sleeping tabs feature is much more effective now.