Similar to acrylic from Fluent Design, Mica is an opaque and dynamic material that can be applied to apps to paint the background or title bar with the desktop theme. Mica and Acrylic are supposed to co-exist. Microsoft Edge is a great example of how Windows 11’s Mica effect and Fluent Design’s acrylic can be used at the same time.

Apps like Settings and Microsoft To-Do already have Mica effects on their title bar and even the background. Microsoft is now extending it to legacy tools/apps, such as Run or Winver (command to check the system’s build and version revision numbers). In Windows 11 Build 22557, Mica has just been introduced to the title bar of nearly all legacy dialogs or apps. 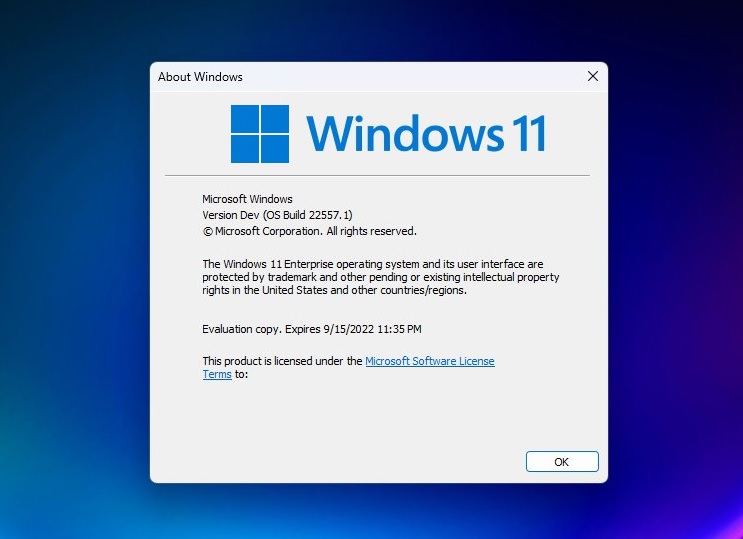 Mica effect is no bad thing and it is believed to be faster than the rest of the Fluent Design materials like Acrylic. For some reason, the current implementation of Mica on legacy dialog doesn’t really blur out the content behind the app and it appears much more subtle than Mica on UWP apps.

Notably, this isn’t anything like the UI teased by Microsoft in a YouTube video posted last month. 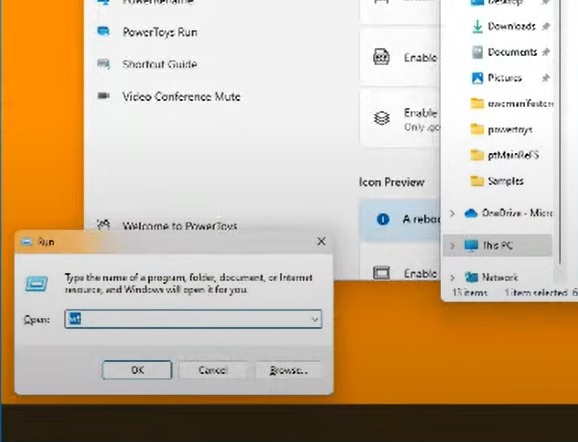 For those unaware, Microsoft recently posted a screenshot of a new Windows Run with a transparent Aero/Acrylic-like title bar. This unreleased title bar change can be seen above.

As you can see in the above screenshot, the title bar design update hinted during the YouTube stream is more transparent and engaging, with a glassy effect. However, the new title bar included in the latest preview update is different, with a less interesting subtle touch of Microsoft’s Mica design.

Microsoft is exploring multiple design options for the title bars

According to reports, Microsoft is believed to be working on a new “tabbed” version of the Mica material with a glass-like effect with a blurred wallpaper.

Likewise, we’ve also spotted references to an experimental flag simply titled  “MicaBackdropInApplicationFrameHostTitlebar” in the preview builds and it seems to suggest Microsoft might be willing to settle for Mica effects.

At the moment, we don’t really know if Microsoft has finalized Mica for legacy title bars over Acrylic or some other material. The overall idea is to give a modern touch to the legacy areas and enable dark mode for more apps, including Windows run.