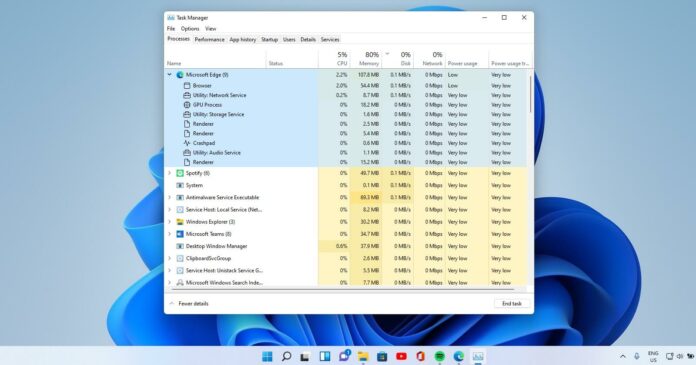 To ensure the browser doesn’t reduce the performance of your machine, Windows 11’s Task Manager can now better manage resources used by the Edge browser. As you’re probably aware, managing browsers using the Task Manager can be very frustrating and Microsoft wants to improve the experience.

Currently, it is impossible to close tabs or extensions using the Task Manager. Thanks to the new update, Task Manager can now display a detailed view of the browser processes. 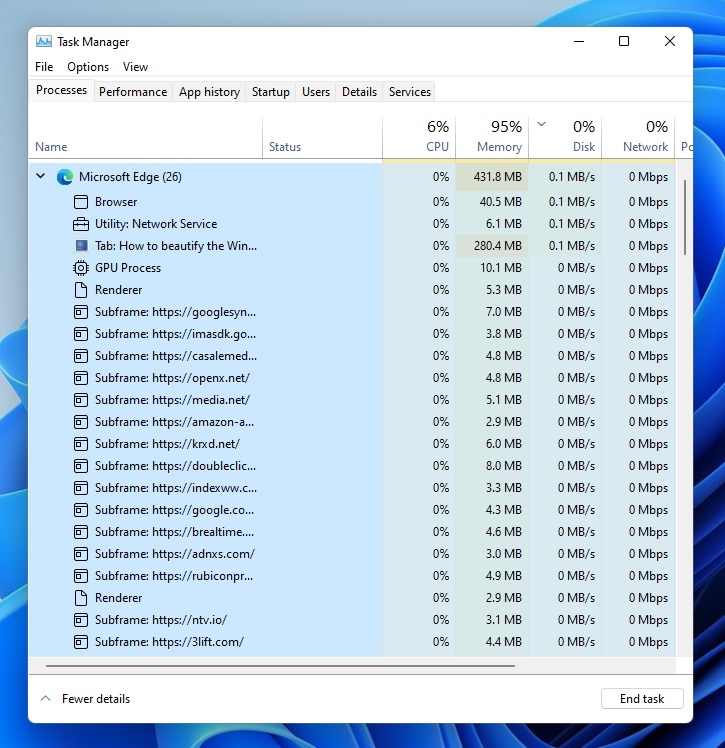 This is possible due to Microsoft Edge’s multi-process architecture:

Microsoft is testing this new feature for Task Manager and it will begin rolling out to more Windows 11 users in the coming weeks.

Microsoft is also believed to be working on a new Eco mode for Task Manager. With this feature, you can take action against resource-intensive apps. If you turn on Eco mode for an app, Microsoft will reduce the priority of the process to ‘low’, allowing other apps to get priority for system resources.

This feature is expected to arrive later this year or early next year.