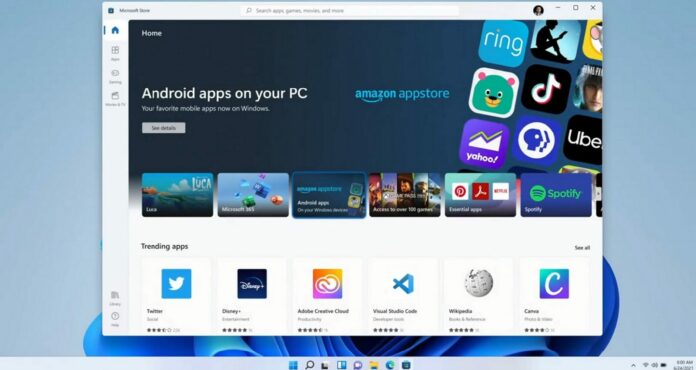 During Windows 11 event, Microsoft promised users will be able to run their favourite mobile apps on desktop as the tech giant will integrate the Android subsystem (similar to the Linux subsystem) into the operating system. This will bring Android apps to your desktop, Start and the taskbar.

Microsoft recently posted a Store listing for the Windows subsystem for Android and the original listing suggested that it would be possible to run Android apps on Xbox gaming consoles.

Microsoft has now quietly updated the Store page again to make it clear that the upcoming operating system would support Android apps on desktops only. It’s likely that the Store incorrectly listed support for “Xbox”, possibly due to an error in the Microsoft Store’s certification process.

Additionally, Microsoft has also updated the minimum requirements for the Android subsystem. 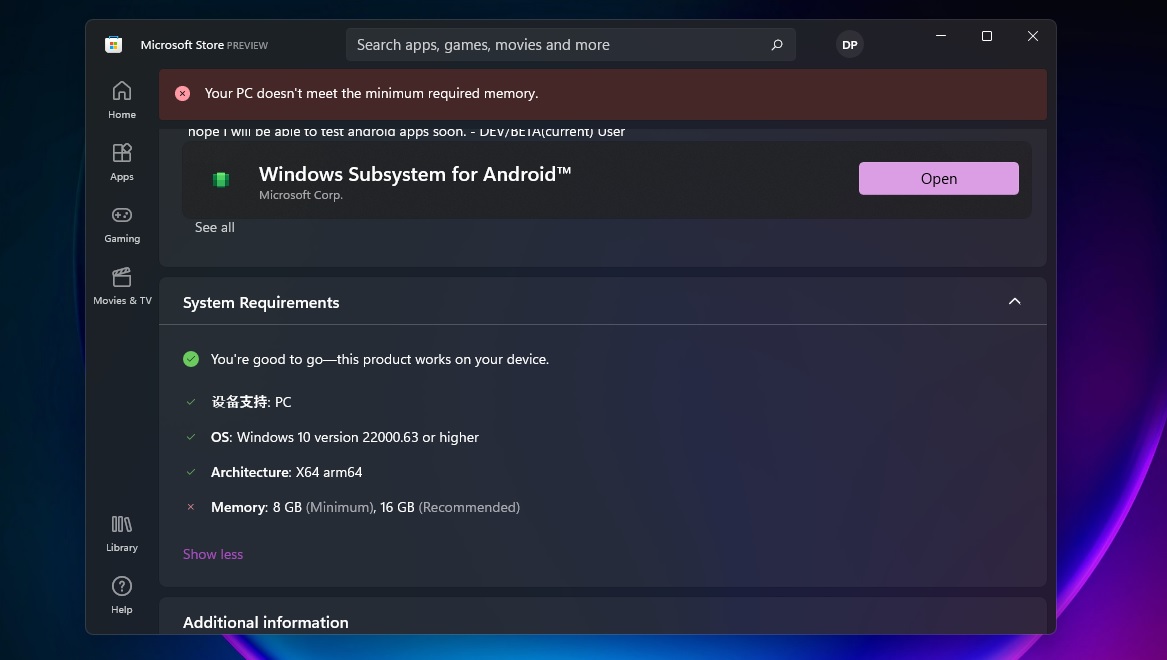 It’s worth noting that Microsoft may not publish the entire Android Subsystem for Windows in the Microsoft Store. Instead, this Store app could be used to update or improve some components of the Android subsystem. Or the company could publish updates to WSA via Windows Update, similar to the way it updates WSL in the operating system.

How Android apps integration could function in Windows 11

For those unaware, Windows 11’s Android feature is powered by Intel Bridge Technology, but the apps can be installed on AMD and ARM PCs as well.

According to Microsoft officials, Windows 11’s Android subsystem will fill the gap between the existing Windows app model and the upcoming Android app model.

For those unaware, Amazon’s FireOS is also based on AOSP.

Windows 11 Android apps support has been delayed for production devices and it is expected to arrive in the stable channels in early 2022.

At the moment, it’s not yet clear if users will be required to install a standalone Amazon Appstore from the Microsoft Store to download Android apps.