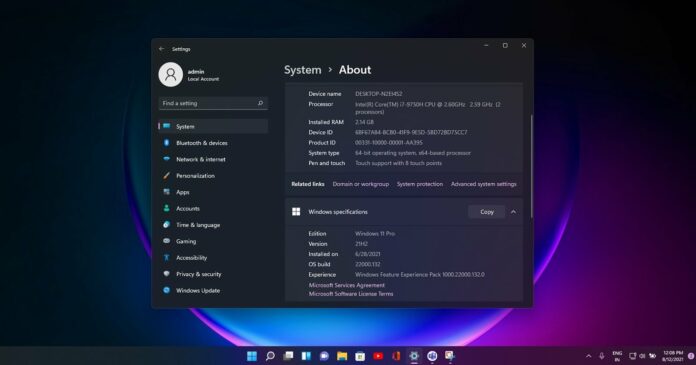 Windows 11 Build 22000.132 is now available for beta testing with an improved Teams app and refreshed inbox apps. This cumulative update is all about bug fixes and improvements, and there are no new features as Microsoft has already finalized the final build for version 21H2.

Thie patch is titled “Cumulative Update for Windows 11 (10.0.22000.132) (KB5005190)” and it will download/install automatically when you check for updates. In addition to the new patch, Microsoft has also published a new version of Windows Malware Removal, Windows Defender security update, and .NET Framework August 2021 update. 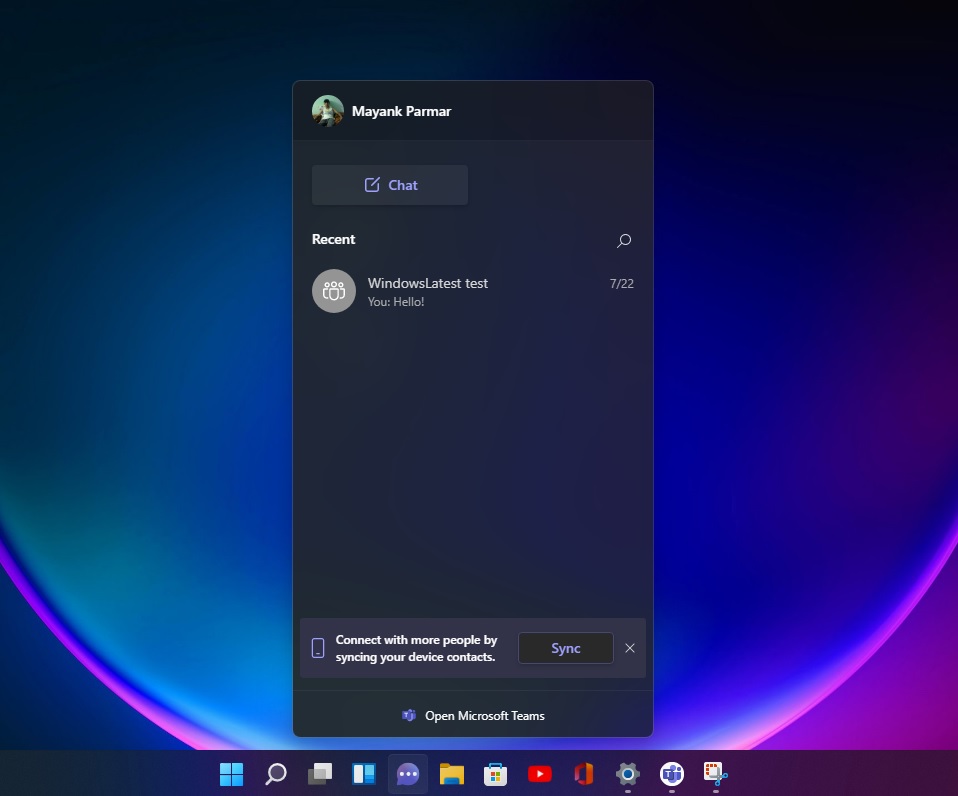 As you can see in the above screenshot, Windows 11 will have a dedicated button for the Microsoft Teams chat app. So far, the functionality of the Teams chat app has been very limited and it only allows users to chat with each other. With today’s update, Microsoft is rolling out one-to-one and group audio and video calling features.

Windows 11 Build 22000.132 lets you create and join meetings directly from the taskbar, and the ability to toggle your microphone or camera is now also accessible. In near future, users will be able to share their screen and see the roster of participants within the Teams chat window of Windows 11.

Alongside the new preview build, we’re also getting new versions of the Snipping Tool, Mail & Calendar, and Windows Calculator app. These apps have been refreshed to match the look and feel of Windows 11, alongside some layout and branding changes.

In the case of Snipping Tool, Microsoft is merging classic Snipping Tool and Snip & Sketch to create a program called “Snipping Tool”. It combines the capabilities of both legacy and modern tools to help users quickly take a screenshot of a certain window. 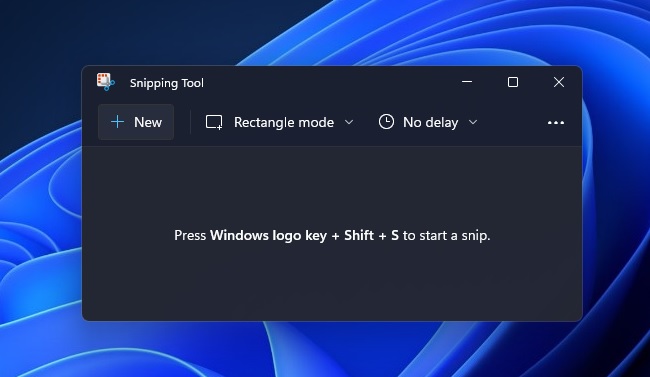 The classic Snipping window has been updated with Fluent Design across the new app controls.

In Windows 11 Build 22000.132, Snipping Tool honours the native theme of the operating system and provides editing tools. After you’ve captured a screenshot using the default keyboard command, it will open in Snipping Tool (previously called Snip & Sketch) with annotations, improved cropping, and other options.

On the other hand, Calculator and Mail & Calendar apps are getting rounded corners and Mica material support.

In a separate Q&A session, Microsoft clarified that these visual changes won’t affect the performance of Windows 11.

This patch is available for users already part of the Dev or Beta channel. If you’re new to the Insider program and you have unsupported hardware, the update won’t appear. To bypass the requirements, simply modify the Registry values and run the update on unsupported devices.

This update could also break the Microsoft Teams chat calling and conferencing features.

If you’ve noticed performance or other critical issues after applying the cumulative update, you can always roll back to the previous version by manually uninstalling the update from Control Panel.

Or you can also navigate to Settings > System > Recovery > Advanced > Troubleshoot > Advanced options and select the uninstall option.