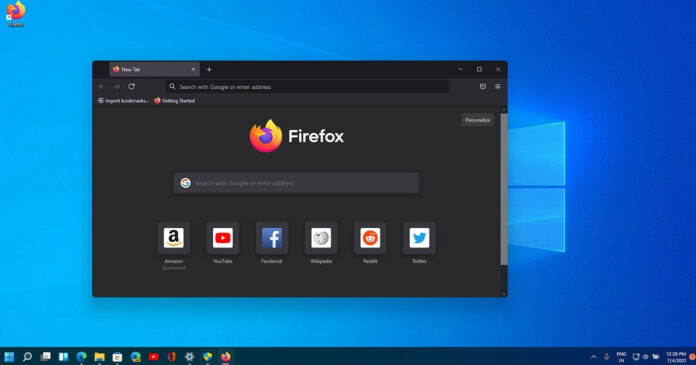 With Windows 11, Microsoft said it wants to make it easy for developers to submit any apps and games to the store regardless of the framework used for the program. Microsoft is also planning to bring its own apps, like Teams, Office and Visual Studio, to the redesigned store.

In addition to Microsoft apps, Windows 11 Store is also open to all third-party desktops (Win32) programs, such as Chrome and Firefox. In the past, Google has tried getting its Chrome browser onto the Windows Store by publishing an installer for the app, rather than the app itself.

Microsoft prevented Google’s move citing a number of reasons, most of which revolve around Windows Store policies. Thankfully, Microsoft has relaxed those strict policies and the Store is now open to everyone. As a result, companies like Mozilla and Adobe can now bring their desktop apps to the Store.

In a bug post, a Mozilla engineer confirmed the company is considering a new Microsoft Store version of Firefox. Replying to a user’s question on Firefox’s availability in the new Windows Store, Nick Alexander, Senior Performance Software Engineer at Mozilla, said:

Indeed! There’s a lot of activity that will happen very quickly starting in just a few short days on this very subject, but I can’t link to most of it just this moment. Next week [July 5+] you should see public movement.

Things are looking different in 2021. The Firefox browser has been designed to bring you a more modern and calmer web experience on-the-go. Download now!

It’s also worth noting that Microsoft has already updated its store policy page with a clarification that web browsers in Windows Store “web must use either the Chromium or the Gecko open-source engine”.

Previously, Windows Store only allowed browsers that use “the appropriate HTML and JavaScript engines provided by the Windows Platform”, otherwise known as EdgeHTML.

Basically, Microsoft has been insisting that the Store-based browsers must not use their own engines, so if Mozilla had published Firefox in the old Store, it wouldn’t have been Firefox.

This is changing with Windows 11 and the updated store policy explicitly allows Firefox’s Gecko browser engine.

In terms of looks and performance, we’re expecting the Microsoft Store version of Firefox to be the same as the version currently offered on the company’s website. Thanks to the new policies, monthly updates for the Store-based Firefox can be delivered directly via Mozilla’s own CDN services.

The refurbished Microsoft Store is currently set to go live this fall on Windows 11 and Windows 10.