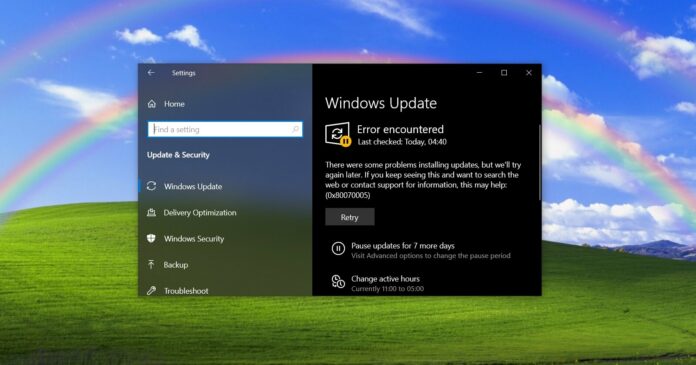 Windows 10 has a new bug which has been introduced thanks to its monthly security patch “KB5003637”. The problem is that the update is messing up with the icons on the taskbar and desktop. This issue was first reported last month when users installed the optional and it seems to have slipped into the mandatory security update.

Windows 10 KB5003637 is a mandatory security patch and it’s part of the June 2021 Patch Tuesday update. A security patch is typically downloaded/installed automatically depending on Windows Update Settings. Going by reports on our comments section, Feedback Hub, and Reddit, it looks like some users are facing critical problems after applying the mandatory patch.

“On my taskbar system tray, the date, time, and system icons keep disappearing. This just started today 6/10/2021 after a Windows Update,” a user wrote. “It turned my PC into a potato,” said another user.

“KB5003214 was optional, but KB5003637 is automatically installed and causes the same issue (taskbar icons bug). These updates literally break the usability of my PC,” another frustrated user explained the problem.

Windows Latest understands that the problem can be experienced when your device is using Input Method Editors (IMEs) and/or multiple language packs. In some cases, your taskbar system tray icons can also disappear or overlap when the News and Interests feature is enabled and you’re not using the recommended/default display scaling settings.

Likewise, another related bug could break the search box and notification center icon.

Fortunately, those reporting the KB5003637 issues confirmed that uninstalling the cumulative update gets rid of the problem. If you want to keep the update for security reasons, there is a workaround here.

The issue can be fixed if you configure Windows 10’s News and Interests feed again. 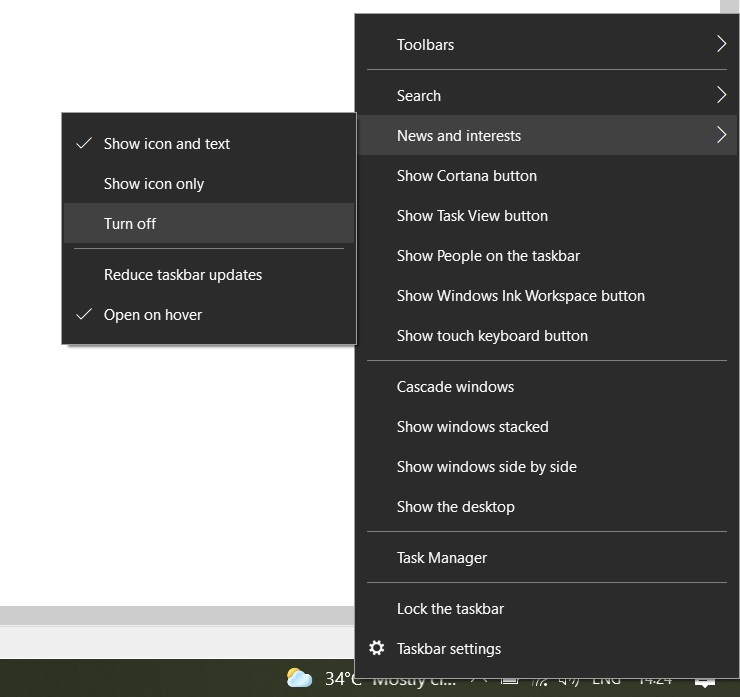 In other words, keep trying different settings of the News and Interests feed until you discover the one correct combination that restores the icons.

To do this, right-click anywhere on the taskbar, select “News and Interests” and click on “Turn off”. If the feature is already disabled, enable it again and it’s possible that taskbar icons will reappear. Likewise, you can also try switching to the “show icon only” mode.

Similarly, if you’re using third-party apps to customize the taskbar or Start Menu, temporarily disable or uninstall them.

If you still have issues, you can try another workaround:

Make sure the scaling is set to the “recommended” because the bug is also experienced when you don’t use the recommended value, which is based on what the OS knows about your monitor.

However, as we mentioned at the outset, you can still experience the problem when you use multiple language packs or IME editors. In that case, it’s better to skip or uninstall the problematic update for now.

In addition to taskbar issues, Windows 10’s June 2021 Update is also causing issues with printers for some users.

As per the official changelog, the KB5003637 update deals with the Print Spooler (CVE-2021-1675 Windows Print Spooler Elevation of Privilege) vulnerability. It’s possible that Microsoft’s security fix has resulted in issues with the print spooler service for some users.

Fortunately, the service can be restored by uninstalling the update.

How to uninstall the June 2021 update to fix issues

Locate the update by typing the KB (knowledgebase number) in the search box. Or you can also filter the list of installed updates by date. Click on the update and select “uninstall” to remove the botched patch.