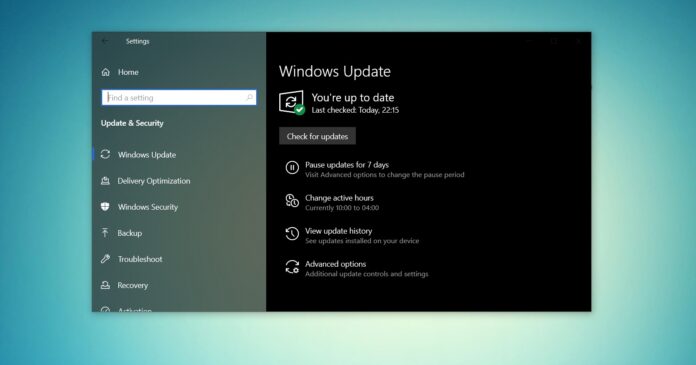 The Windows 10 May 2021 Update has been finalized and Build 19043.928 is likely to be the release candidate. Unsurprisingly, May 2021 Update will begin rolling out to millions of users around the world in May, and it will ship with a few minor improvements, mostly for enterprise customers.

Microsoft has officially named the version 21H1 update as “May 2021 Update” and published the final bits in the Release Preview Channel.

Windows 10 May 2021 Update, otherwise known as version 21H1, is based on Windows 10 version 20H2 and version 2004. In other words, this isn’t a huge upgrade and it doesn’t come with long-rumoured rounded corners, floating taskbar and other design improvements.

While Windows 10 version 21H1 isn’t the most anticipated update, it does come with improvements for enterprise customers.

Windows Hello gets better in May 2021 Update

The most significant new feature in this update is support for external Windows Hello cameras. In the original changelog, the software maker noted that users can now use an external camera as the default solution for Windows Hello when internal cameras are already present.

This is particularly helpful when you’re working from home and using laptops with large monitors. If you’ve external depth cameras connected to the second monitor, you can now use it with Windows Hello without disabling the built-in camera of your laptop.

In this feature update, Microsoft is also making performance improvements to Windows Defender Application Guard (WDAG). This feature is available for both enterprise and professional customers, and it is a virtualization layer that can protect your computer when you’re browsing untrusted sites.

This feature is based on Hyper-V and it works on compatible hardware where virtualization is enabled in BIOS settings.

After the update has been applied to your system, Microsoft says you will notice performance improvements when using features offered in Windows Defender Application Guard (WDAG).

The third and the last new addition is for enterprise customers only. As per the changelog, Windows Management Instrumentation (WMI) has been updated with performance improvement to support remote work.

May 2021 Update is in the final stage of testing

To be clear, the next feature update is still in the final stage of testing and anyone can download it by joining the Release Preview Channel.

Although it has been finalized, it’ll still receive one or two cumulative updates with security and non-security fixes before rolling out to customers in the production channel.