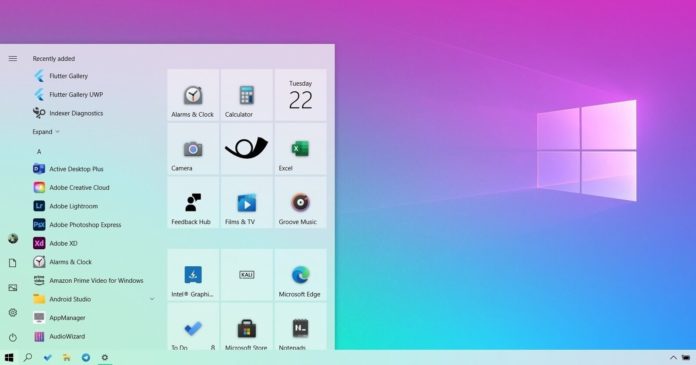 The Windows 10 21H1 ‘Spring 2021’ update is now official and it’s rolling out to millions of users in the Windows Insider program, and it brings a few improvements, including new features for Windows Hello.

Unlike the last year’s Windows 10 version 2004 update, this new upgrade isn’t a huge overhaul of the operating system as the tech giant wants to focus on “quality improvements” and “scooped a set of features”.

Later today, you can download and install the Windows 10 21H1 update in the Beta Channel, but as we mentioned above, you may not want to get too excited.

The fact that the version 21H1 is relatively minor in terms of feature capabilities could be quite a good thing. This will allow Microsoft to add all the new features to Windows 10’s long-rumoured Sun Valley update, which is arriving in October 2021 with a floating Start Menu.

In a press release, Microsoft noted that Windows 10 21H1 will be delivered with servicing technology, which was previously used for the October 2020 Update and November 2019 Update.

While the full changelog is currently not available, Microsoft is promising a scoped set of features, security and quality improvements. The Redmond firm is also planning to improve core experiences or the popular features that most users are relying on right now.

Here’s a list of improvements included in this feature update:

Microsoft is rolling out the feature update to testers, so you should see it appear as an optional download if you’re part of the Windows Insider program and you’ve joined the Beta channel.

If your device is included in the rollout, you should see a new section called ‘Feature update to Windows 10, version 21H1’ later today.