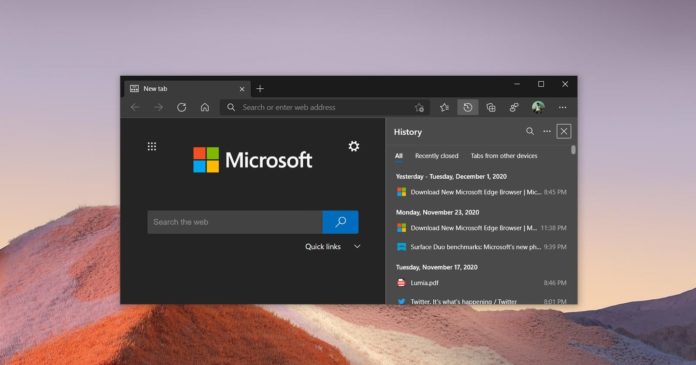 One of the exciting features coming in the next Microsoft Edge update is a new font rendering system, which aims to improve clarity and reduce blurriness.

For business customers, Microsoft is planning to integrate Application Guard with MDATP, which should allow administrators to track threat activities.

Here’s a list of other features coming with Edge 90:

For the PDF reader, Microsoft also appears to be testing a new feature that will allow you to print the current page by selecting the ‘Current Page’ option within the print dialog.

Another feature will allow you to quickly search and insert your data in forms that don’t typically have autofill. This means you can finally explicitly search for your information and fetch that data in the forms instantly.

If you’re interested, you should be able to test the other upcoming features by downloading Edge Canary builds.