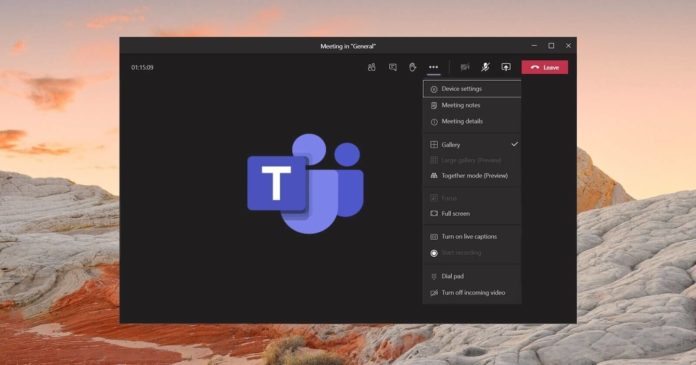 On Windows 10 and macOS, Microsoft Teams appears to be getting a new file sharing UI to help you quickly discover your files.

In a roadmap update, Microsoft confirmed that it’s working on a new interface for the in-meeting share feature. The interface is being ‘redesigned’ to help presenters find their content quickly and easily, but Microsoft hasn’t shared any additional details about how this new UI works.

Microsoft says the new sharing experience is in development and some users will get it in their desktop client later this month. The rollout is expected to complete by April.

On the other hand, Microsoft Teams for Android is finally getting support for background blur, a feature that iOS and desktop apps have had for some time. In a post on its forum, Microsoft confirmed that background blur for video calls will begin rolling out for Android phones and tablets later this year.

For those unaware, the background blur feature in Teams uses a bit of AI magic to identify the background and make you stand out by blurring everything that’s behind you.

Using the optional blur effect, you can keep the focus on you and not what’s behind you on your Android device. This feature is handy when you have a messy background, or you simply want to stay in focus.

The feature is currently in development and it’s unclear if it will arrive in the first quarter of 2021. As of January 8, the roadmap notes for Microsoft Teams app have not been updated to reflect the upcoming background blur mode.

In addition to these improvements, Microsoft is also planning to launch a new dynamic view to enable interactive meeting experience in March 2021.