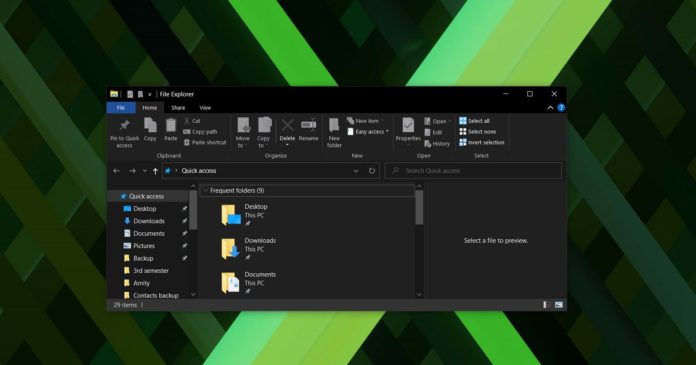 Windows 10 is getting a solution for a longstanding problem where the File Explorer blocks you from deleting a file when it’s open in another app.

By default, Windows 10 won’t allow you to delete, move or rename a file that is open in a program. If you want to modify the locked file, you would first need to identify the program and close it manually.

In most cases, File Explorer will explicitly state that your file is in use by Microsoft Word or some other app, but sometimes it may not be clear which program has locked your files. It has also been observed that files may remain locked even when the app is closed and this happens due to unknown background process.

Currently, Windows 10 allows you to use an app called “Process Explorer” to identify which program has a particular file or directory open. With Microsoft’s Process Explorer, you can even identify the files which are open by mysterious and hidden DLLs processes. 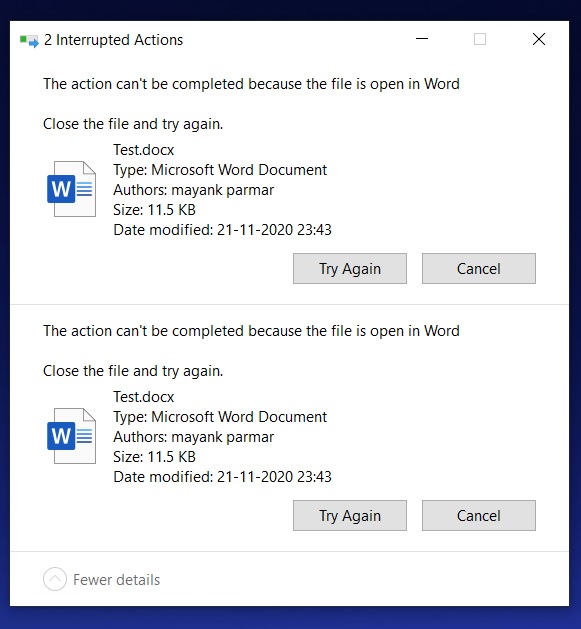 The problem with Process Explorer is that it’s designed for advanced users (administrators) and average users may not find it beginner-friendly at all.

Fortunately, Microsoft understands that this is a limitation of File Explorer and it’s planning to address the unexpected ‘File is in use’ behaviour in the next PowerToys update.

Anyone who has been frustrated by this particular File Explorer error will breathe a big sigh of relief next year.

Since unlocking and deleting certain files can cause problems with open programs, Microsoft plans to offer a modern interface to see what program is using that file. Once detected, you can manually close the program or use the Windows 10 Task Manager.

So with any luck, this feature will be deployed with PowerToys update for Windows 10 next year.

It’s also worth noting that Microsoft is working on several new features for Windows 10 as part of the PowerToys project and most of the changes are expected to arrive soon.