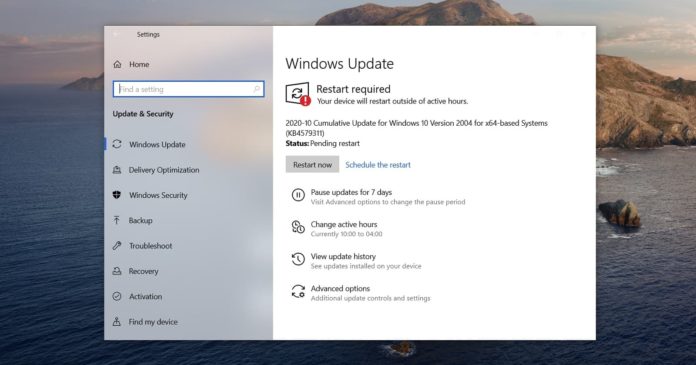 The second Tuesday of each month is reserved for Microsoft Patch Tuesday when the company publishes security-related fixes for all supported versions of Windows 10, Windows 7, and Windows 8.1.

Windows 10 October cumulative update (not to be confused with the feature update) is focused on bug fixes and improvements.

These security updates are released on the second Tuesday of every month to avoid unpredictable schedule for administrators and users. If you’re on May 2020 Update (version 2004), there’s a new patch with Build 19041.572 and it fixes issues with network adapter and Linux integration.

Likewise, other supported versions of Windows 10 are also receiving updates.

As you may know already, these updates are available directly via the Windows Update channels and Microsoft will install the appropriate patch automatically if you’re using the default update settings. 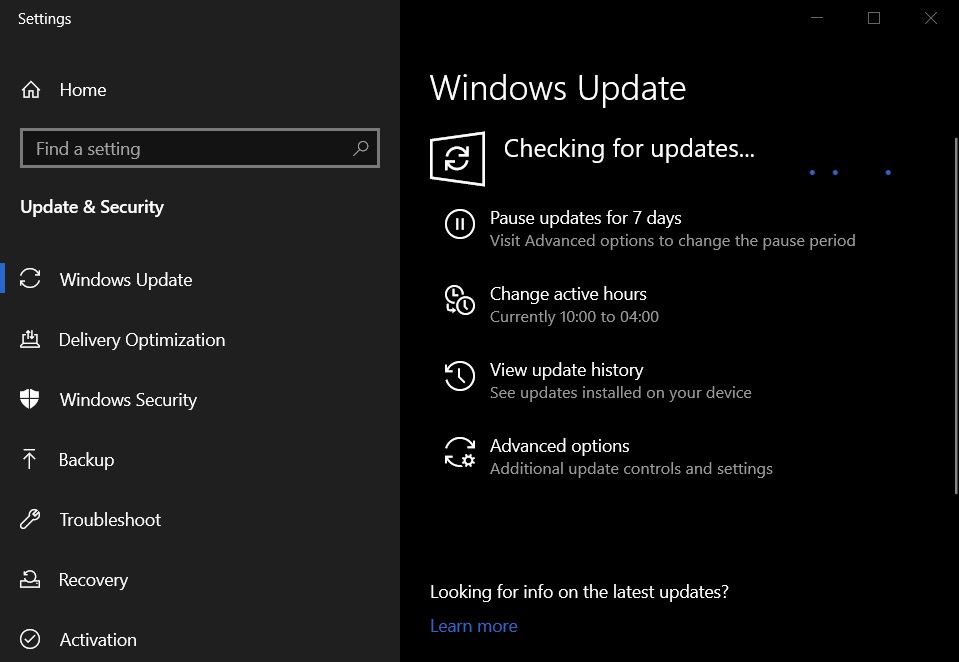 Note that cumulative update will install in less than 10 minute and requires a system reboot irrespective of your hardware specs.

Microsoft says it has fixed 87 vulnerabilities in the operating system. This figure also includes 21 remote code execution bugs that could be abused to attack your devices if you don’t apply the patch.

This month’s update finally fixes “Ping of Death” vulnerability that could be exploited to take down computers with Blue Screen of Death error.

The vulnerability is a result of a flaw in Windows 10’s core network components (TCP/IP driver) and it’s finally getting fixed in the latest patch.

As you may recall that network adapters for Wndows 10 have been suffering at the hands of an internet connectivity bug which prevents system from detecting status of the Wi-Fi connection on some devices.

This germlin was seemingly introduced by Windows 10 May 2020 Update, but it was also discovered in older versions of Windows after more users installed June and July Patch Tuesday releases.

Microsoft has also fixed an issue that broke Linux support and prevented it from accessing the Microsoft Store distros.

Most of the critical issues, which were reported in Windows 10 May 2020 Update, are now fixed in recent monthly patches.

The tech giant has fixed driver issues with Realtek, Intel, and Nvidia. In addition, Microsoft has resolved issues when connecting more than two Bluetooth devices at the same.

Unfortunately, Microsoft is still aware of multiple known issues in this release. For instance, a bug that causes ESENT 642 error is still not resolved. Likewise, issues with Conexant audio drivers also remain unresolved.

As we mentioned at the outset, there’s a patch for every supported versions of Windows 10 and this includes version 1909 or 1903 too.

The update (Build 18363.1139) comes with all fixes highlighted above, but it also fixes issues an issue that crashes File Explorer when you use Ribbon shell feature under specific circumstances.

Another bug has been fixed where users might receive “No features to install” error when they try to install optional features.