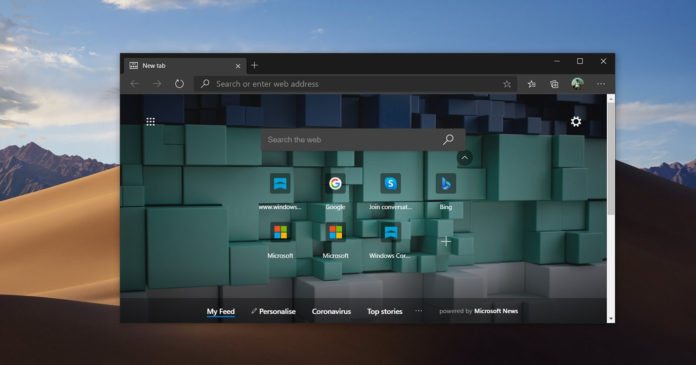 Despite being the most popular desktop browser in the world, Google Chrome is plagued with multiple issues, including a design flaw that affects how you scroll through long webpages on Windows 10.

Microsoft has promised to fix scrolling in Chromium browsers and Edge 86 also comes with scrolling improvements for long PDFs.

According to a new design doc, Microsoft is now working to make wheel scrolling faster in Chromium-based browsers, such as Chrome.

In Chromium browser, you can scroll via touch, wheel, and precision touchpad. Wheel scrolling works via both mouse and touchpads, but there’s a bug that could block scrolling when the webpage calls for a value at the initiation of the scroll.

By default, Chromium detects the frame-wide existence, but it does not track what portion of the page has the event listener and thus, this behaviour affects pages with heavy main thread usage or devices using the low-powered processors.

For example, you might experience latency issues when starting a scroll through the wheel on low-end hardware. Likewise, this limitation also affects heavy pages on high-end hardware.

Microsoft is working on a new feature called “Wheel Event Handler Regions” that will compute correct wheel event handler regions in Google Chrome, Edge and other browsers on Windows 10.

This idea is similar to how Google browsers currently track the regions of touch handlers (input) and it aims to handle wheel scrolling more responsively. When it happens, Chromium wouldn’t need to wait for the main thread before starting a scroll.

If you’re scratching your head over the above technical explanation, don’t worry: we were too.

The current implementation in Chromium browsers is causing some not-so-smooth scrolling on some websites, such as YouTube. With this new feature, Microsoft aims to reduce latency or lag when scrolling and allow browsers to handle your wheel scrolling more responsively.