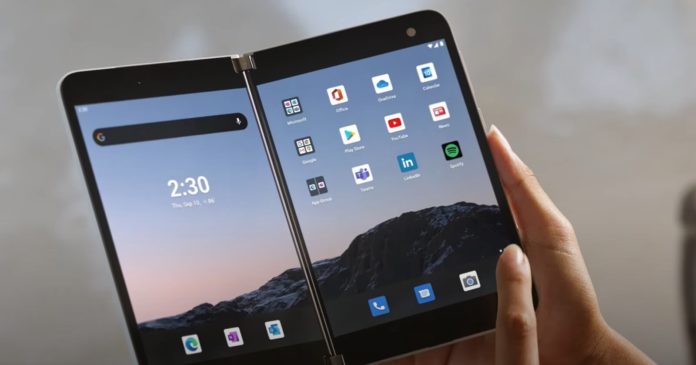 Surface Duo ships with Android 10, but Microsoft is also said to be working on Android 11 update for the dual-screen hardware. While Surface Duo has emerged as a durable device with a strong metal hinge, Microsoft’s version of Android is currently plagued with critical issues.

One notable takeaway from reviewers experience is that the camera performance is below experience.

Fortunately, Microsoft is working on a camera update for Surface Duo that will enable multiple new features, including a built-in “Image Refiner” and “Photo Solid” mode.

Microsoft is working on another feature that will reduce image shake and improve stability by manipulating the image using the Electronic Image Stabilization (EIS) system.

Microsoft also appears to be testing “zzHDR” feature to show a live preview of the HDR image without any shutter lag. Other features which were tested internally include Multi-Frame support.

The company is internally testing these features for the camera app, so we don’t know when and if these features will arrive on the first-generation Surface Duo.

Last year, Microsoft showed off the Surface Duo with apps that could be quickly transferred between the two screens, and the UI will automatically adjust when you switch between form factors.

However, a lot of early adopters users and reviewers are reporting performance issues with the device. On Twitter and forums, some users have described their experience with the phone – and it doesn’t sound like the revolutionary software experience you’d expect from Microsoft’s Surface product.

One notable problem from their experience is that there’s a noticeable system lag when you drag and drop apps between the two screens. Likewise, some apps will freeze when you open the device and try to switch between the apps using the gestures.

In addition, some also noticed that apps that were in use will take a few seconds to expand between the two screens, and sometimes they’ll crash after a few seconds.

Fortunately, Microsoft is working on a new software update for Surface Duo that will try to fix performance issues, including problems with the gestures interface and app crashes.

For those asking, yes Microsoft is planning to release a new OS update for Surface Duo in October that will bring with it more fixes. It's in testing internally now and will include the October security patch too. OS updates will be monthly.

Surface Duo’s next software update with bug fixes and security patch is expected to arrive in October 2020 with the latest security patch.