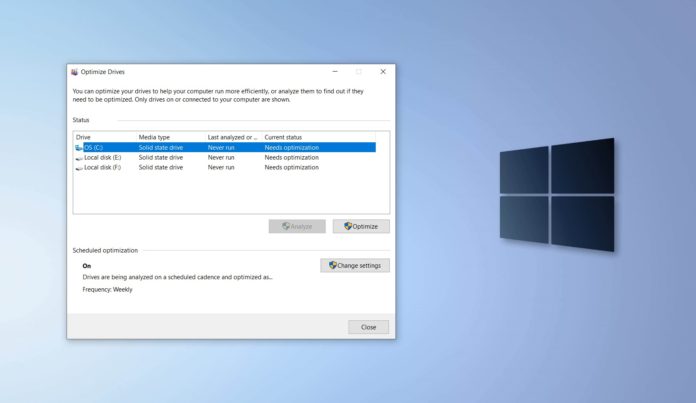 Windows 10 version 2004 was released on May 27 with WSL 2, Cloud Download, and several other improvements to the underlying code. Unfortunately, the May 2020 update also brought with it some issues, including one bug that hits you right in the storage drive.

Like Windows 8 and Windows 7, Windows 10 also comes with a disk optimization tool that automatically defragments files for you on a schedule. By default, Disk Optimizer tool is scheduled to optimize your storage drives once a week.

When the optimization/defragmentation process is complete, the time in the Last Run column in “Optimize Drives” tool will update. Current Status will read something similar to “OK (0 days since the last run).”

After Windows 10 May 2020 Update, Microsoft’s Drive Optimizer tool (also known as Disk Defragmenter) is behaving weirdly for all users. According to our tests and user reports, Drive Optimizer is unable to report the correct status when the disks were last optimized.

If you look at the app to check the “Last Run” column, you may notice that no scans were done and Windows could even warn you that your drives need optimization, even when they were optimized. 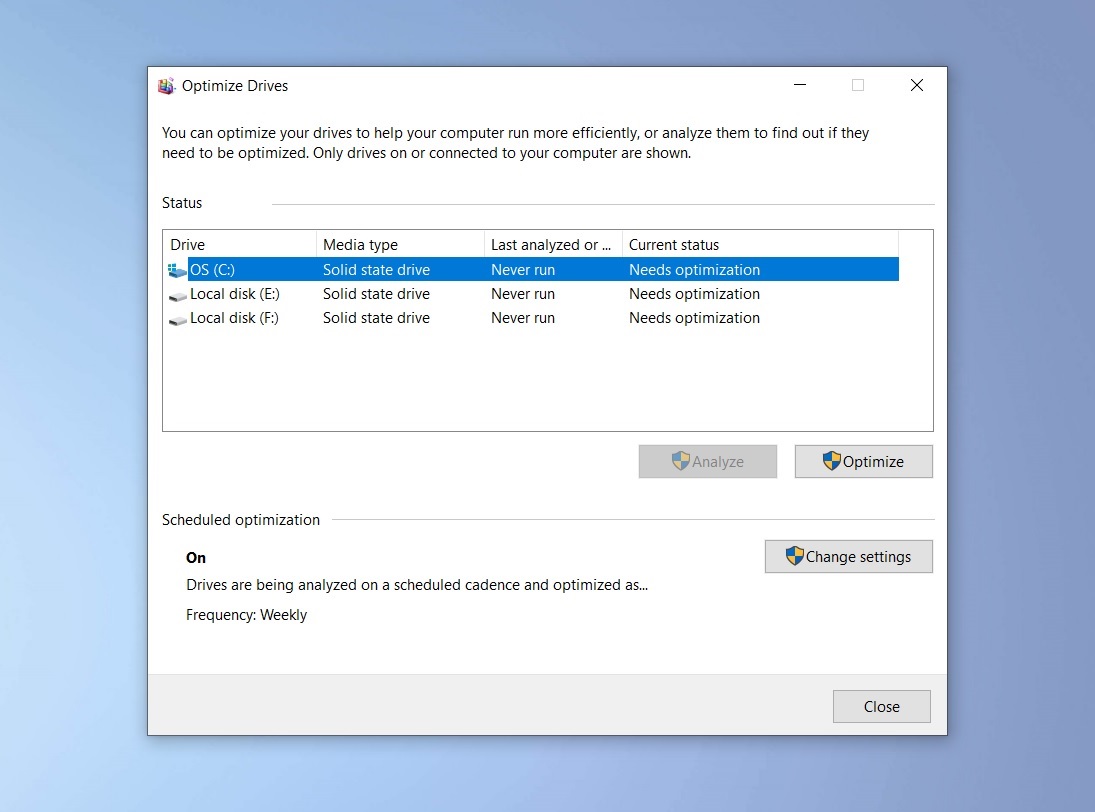 The company was made aware of issues with drive optimization tool during the beta testing of a future Windows 10 update. This issue reportedly slipped through the production build and Microsoft is now planning to fix it in the next optional update.

In a statement to Windows Latest, Microsoft confirmed that May 2020 Update has caused issues with the built-in Drive Optimizer tool.

At the moment, it appears that the fix could be included in August optional update, also known as “C” preview release. This month’s optional update is expected to arrive in the third week of August.

The ‘C’ optional update for Windows 10 includes the non-security fixes that will be included in the following B release. If you skip the optional update, which is expected to arrive on Tuesday, you can still get the fixed drive optimization tool with September Patch Tuesday update.