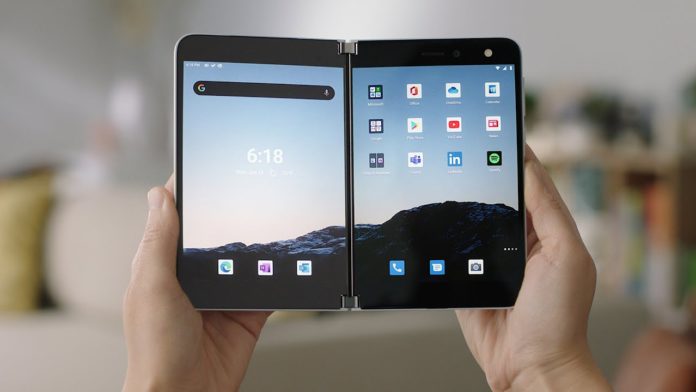 The Surface Duo is here: Microsoft has finally launched the highly-anticipated Surface Duo, which runs on Android 10 while retaining the same versatility and a similar design of other Surface products.

This is Microsoft’s first phone after the Lumia 950 and Lumia 950 XL. The company first confirmed the existence of its dual-screen phone at October 2019 event, and today Microsoft has shared the full specs of the Surface Duo.

Surface Duo is a dual-screen handheld device that allows users to make calls and install apps from the Google Play Store. Surface Duo looks exactly like a smaller version of the Microsoft Surface Neo, a dual-screen tablet that runs Windows 10X.