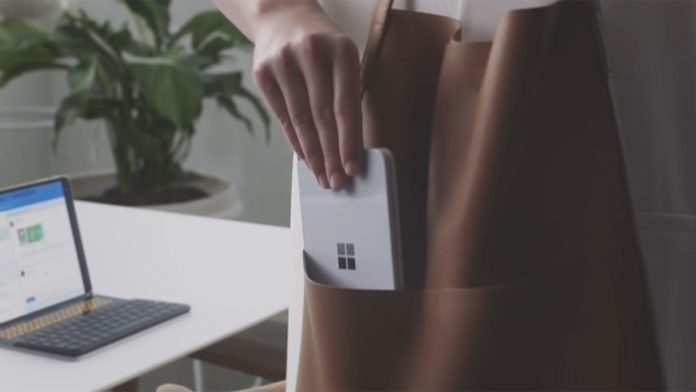 Microsoft’s Surface Duo was announced in October 2019 and it is expected to launch in the coming days. The device has already headed to the AT&T channels in the United States and it has received certification in the US, Canada, and Japan.

It’s already known that Microsoft has developed a customized version of Android for the Surface Duo with pre-loaded apps that work well on Android.

Surface Duo will ship with a 3460mAh battery to power the dual 1800×1350 displays, Snapdragon 855 CPU and 6GB of RAM. It’s believed that the Surface Duo will be able to get through the day on average usage, but you should not expect extraordinary performance.

Now that the Surface Duo is pretty much ready for release, Microsoft has revealed how it plans to improve battery backup of the dual-screen hardware by working with developers.

Microsoft says that they have a power team for the Surface Duo to make sure only the minimum amount of power is spent by the device.

“For this, we measure power consumption and we look at the activity of the device. This goes form the firmware all the way to the HLOS (High-Level Operating System),” Microsoft’s Ingrid Gallardo Huape said.

“When looking at the power, we see that many times the power is high because the apps or the kernel modules are keeping the hardware awake for no reason. So when developing an app or kernel module, [developers] can make sure that they release all the wake locks or sources that apps are holding,” Micorosft noted.

Microsoft is also recommending the developers to make sure their new apps respect the Doze and Deep Doze power state.

This sounds like a good plan and it’s very likely that Microsoft has already optimized their apps for both performance and power on the Surface Duo.