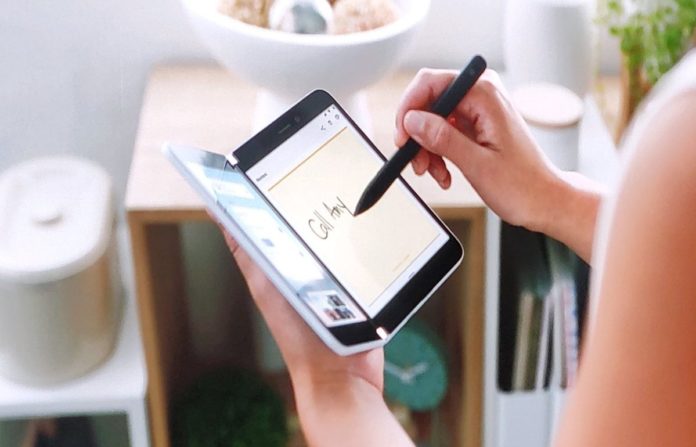 Last week we told you that the dual-screen Surface Duo had visited the FCC, Bluetooth SIG and UL Canada. And today, a new rumour has revealed that the Android-powered dual-screen hardware from Microsoft could launch by the end of August.

The recent filings also suggest that Microsoft is set to unveil its productivity device after Samsung introduces the Galaxy Z Fold 2. Surface Duo has reportedly entered the production and Microsoft could begin shipping it to those who pre-order the device in the last week of August.

When Microsoft announced the Surface Duo last year, the plan was to begin shipping the device in the holiday shopping season to capture sales.

While Microsoft officially still says that Surface Duo will launch during Holiday 2020, it looks like the production has started and you can buy it in the week of August 24, 2020. This has not been confirmed by Microsoft as of yet.

The pre-order pages of the Surface Duo should also go live in the coming weeks.

According to earlier reports, Surface Duo comes with two 5.6-inch AMOLED displays. You’ll be getting get a tablet-sized 8.3-inch screen when you unfold the device with a noticeable hinge in the middle.

A single 11MP camera is included and the device is also reported to have a 3460mAh capacity battery.