Microsoft is working on a new feature called ‘dual-screen emulation’ for the Chromium platform. The feature is primarily aimed at developers optimizing websites for devices with multiple screens. It will also allow users to preview their favourite websites on dual-screen hardware in a side-by-side environment.

The feature is currently behind an experimental flag and it has been marked as ‘active’ on the Chromium platform.

Microsoft says it’s adding emulation support for two dual-screen devices—Surface Duo and Samsung Galaxy Fold 2. With the emulation feature, developers and even users can preview websites on a dual-screen device. This allows a web publisher to optimize their site to run better on new form factors. 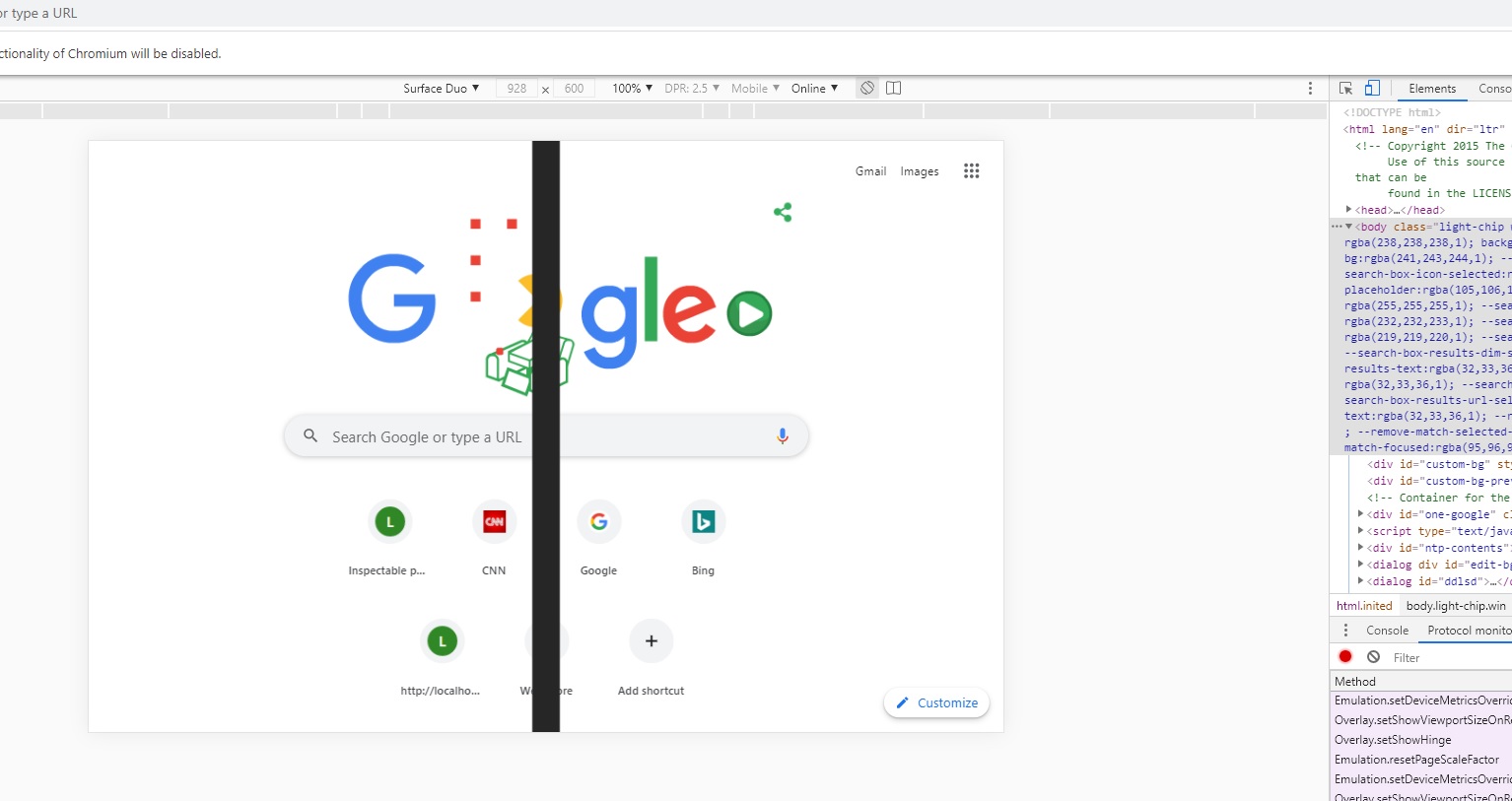 “Emulation bar has an extra button to span: extending the device view from a single screen to dual screen,” Microsoft noted. There are new icons, rotation, and other emulation related functions work fine with the presence of a hinge.

One API named “Window Segments Enumeration” would allow devs to enumerate segments and sites will be able to take advantage of the multiple displays when available.

For example, a map web application would showcase the map on one screen, while the second screen would display search results. Mailing apps such as Outlook will display a list of emails in one segment and selected emails in the other.

Last year, Microsoft also showcased Surface Duo and Surface Neo dual-screen hardware and their plans to support the existing applications. While the Surface Neo has been delayed, Surface Duo is likely to launch in the second half of 2020.