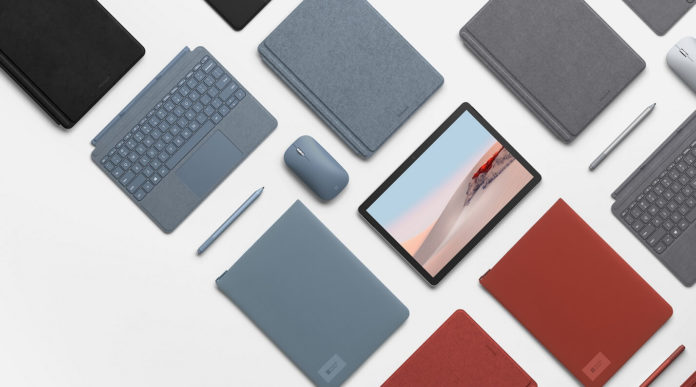 Many weren’t convinced when Microsoft released the first-gen Surface Go, given its large bezels, questionable performance and battery life. Surface Go 2 has fixed all of these problems that may have changed your buying decision last time. It has smaller bezels, much faster performance, and LTE support.

The Surface Go 2 uses Intel Core m3-8100Y CPU and the base clock speed is 1.1GHz, which is lower than the original product, but it offers a maximum Turbo frequency of up to 3.4GHz. There are also minor tweaks in other areas of the processor and you can expect better performance this time.

Microsoft claims that Surface Go 2 with Intel Core m3 CPU is up to 64% faster. The early benchmark has confirmed that Surface Go 2 Core m3 definitely brings a boost in performance and it would be noticeable in day-to-day activities of Windows 10.

The Core m3 in Surface Go 2 makes a big difference in both benchmarking and real-life use cases.

For comparison, Surface Pro X with Qualcomm’s Snapdragon 8cx has 3417 scores in the single-core test and 10966 in the multi-core test.

Other configurations of Surface Go 2 include 4GB and 8GB of RAM with storage in the form of a 64GB eMMC or a 128GB SSD. For your connectivity needs, there’s Wi-Fi 6 module and it comes with 802.11ax for blazing-fast speeds if you have a compatible router.

Microsoft’s Surface Go 2 with Intel Core m3, 8GB of RAM and 128GB SSD storage starts at $629.99. If you’re interested, you can pre-order it from Microsoft Store.