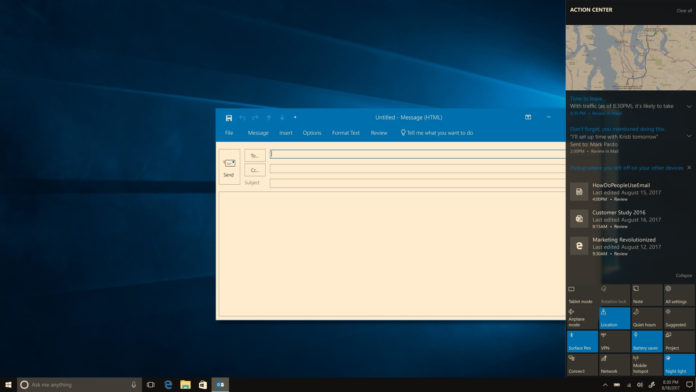 Windows 10 May 2020 Update is the next big release with a number of new features. In addition to May 2020 Update, Microsoft is now internally testing major improvements for Windows Update.

In December, Microsoft published “Windows Feature Experience Pack” in its app store, suggesting that the company plans to provide some features as separate downloads rather than a single big package.

It looks like Microsoft has finally started implementing the bits of this new experience in Windows 10 to provide features as separate downloads from the Microsoft Store.

Preview builds of both Windows 10 20H1 and 20H2 update include “Windows Feature Experience Pack” mention in the Settings > System > About. A little bit of digging reveals that this change is linked to its Microsoft Store counterpart and it implies that Windows features could become available as individual app store downloads.

Currently, you need to install mandatory big system updates to enable new features on Windows 10. This change could allow users to download individual features on their own, rather than installing a single large package with every new feature.

The Store listing, which was published last year, has no descriptions and Microsoft says it will share more details in near future, but further digging reveals that Windows Feature Experience Pack currently supports Screen Snipping and Text Input.

In its support doc for OEMs, Microsoft says “Windows Feature Experience Pack” is critical for Windows after version 2004 or later and PC manufacturers should not disable it.

One theory is that this would bring a notable shift in how Windows 10 updates and features are delivered.

Lately, Windows updates have been plagued by major issues and separate downloads for some features could streamline the experience. For example, Microsoft could release new features and update them individually, rather than updating the OS itself.

Microsoft watchers previously said that the new experience pack reference may indicate the decoupling of Windows Shell from the Windows OS, so the Shell/Experiences stuff can be delivered/updated more often, allowing it to evolve faster.