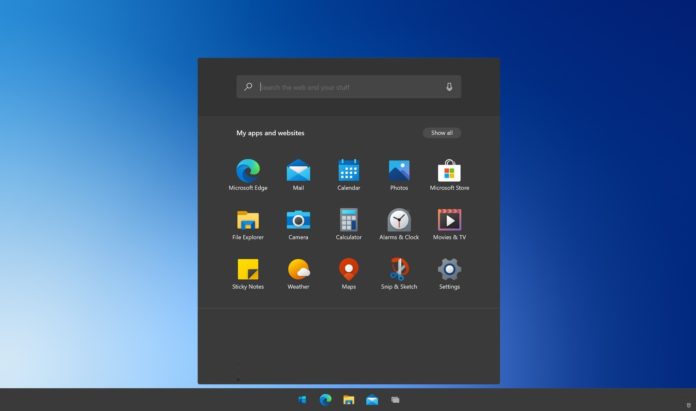 In February 2019, Microsoft began testing Windows 10 20H1 feature update that isn’t expected to start rolling out to users until May 2020. Microsoft released the preview builds of the 20H1 update early because the company has been aligning schedules between Azure and Windows engineering.

Windows 10 May 2020 Update is based on a new core platform codenamed “Vibranium” and Windows 10’s next update ’20H2′ is reportedly codenamed “Manganese”.

Microsoft’s Azure and Windows engineering schedules are now aligned and the Azure team is following the periodic table to codename its new releases. After Manganese, the codename of the next Windows 10 update would be Iron.

In Windows 10 preview builds, if you run ‘Get-VMHostSupportedVersion’ in PowerShell, it will list all VM configurations that are supported on your computer, and ‘Manganese’ name is also listed after May 2020 Update. 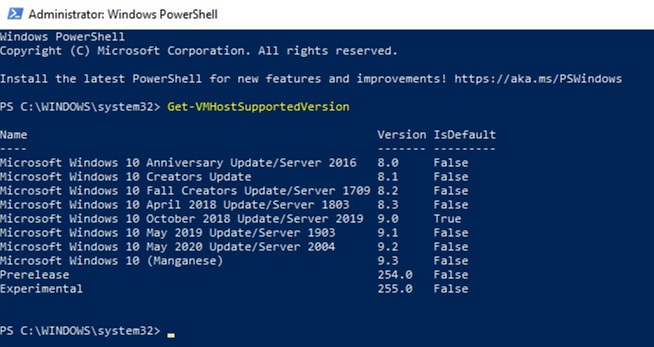 Similarly, Windows 10 preview builds also include a reference to “Iron”. After Manganese release in late 2020, Microsoft is preparing Windows 10 ‘Iron’ update for early 2021.

Microsoft plans to roll out two new feature updates of Windows 10 per year around May and October or November, as it does always. The Windows team is close to rolling out Windows 10 20H1 (May 2020 Update) to Release Preview Ring testers. If schedules are all aligned, the update is well on its way to public development beginning May.

It is worth noting that May 2020 Update is directly referenced within Windows 10’s underlying code and it will almost certainly be the final name of the major update.

At this point, we’re seeing nearly all signs pointing to the imminent May rollout.

Windows 10 version 2004 (May 2020 Update) is a big release with several features and it also focuses on improvements.

It shouldn’t be much longer now before everyone gets this feature update.

Microsoft also appears to be speeding up the development of Windows 10 20H2 ‘Manganese’ update. For example, in the latest preview builds, there are new media playback controls which pops up from the taskbar whenever you click the speaker icon. 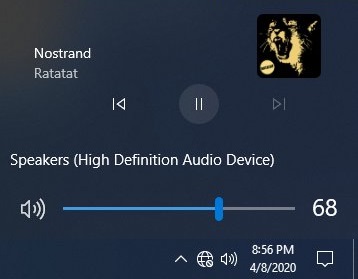 As you can see in the above screenshot, this new flyout fits in much better with Windows 10’s Fluent Design makeover and it also provides controls to play, pause, or skip tracks of apps such as Spotify, Groove Music, etc.

The new volume flyout is integrated with the third-party apps and it can show the song’s album information as well.