There are people still using their outdated Windows Phones because the hardware apparently works. For those still hanging out with their flagship Lumia phones, there might be another good news. In addition to Windows 10 on ARM, you can now install Ubuntu on your Lumia 950/950 XL.

Developer Gustave is now experimenting with Ubuntu Focal Fossa for Lumia phones and the project uses a kernel port developed by imbushuo in 2018. According to the dev, the latest mainline kernel for Linux works without modifications on Lumia 950 XL now. 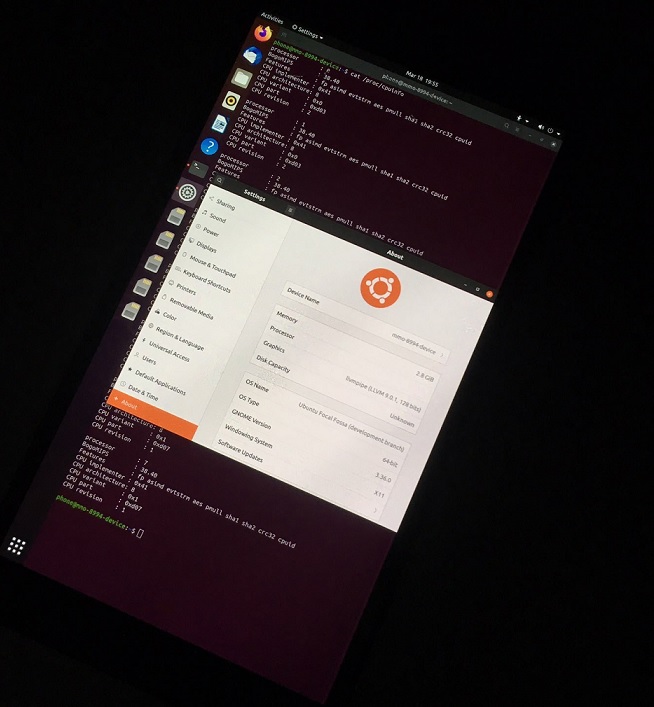 A few years ago, a developer successfully managed to install Android Nougat onto the Nokia Lumia 520 and 525 – these two handsets were not eligible for an official upgrade to Windows 10 Mobile initially.

Last month, developer Ben released a new version of a tool called ‘Lumia950XLPgk’ to enable multiple-use scenarios. This adds support for SD card boot and multi-OS boot such as Linux and Android.

One developer has already managed to run TWRP (Team Win Recovery Project) on Lumia 950, which is an open-source software custom recovery image for Android-based devices.

Previously, it was possible to sideload Android on Lumia 525 by removing Windows Phone and UEFI elements from the hardware. And then flashing Little Kernel Boot Loader, TWRP, and a custom recovery method for Android.

In the latest project too, developers are planning to use TWRP and Lumia950XLPgk tool.

Android project for Windows Phone is still in the early days of development and more details could be shared later this summer.