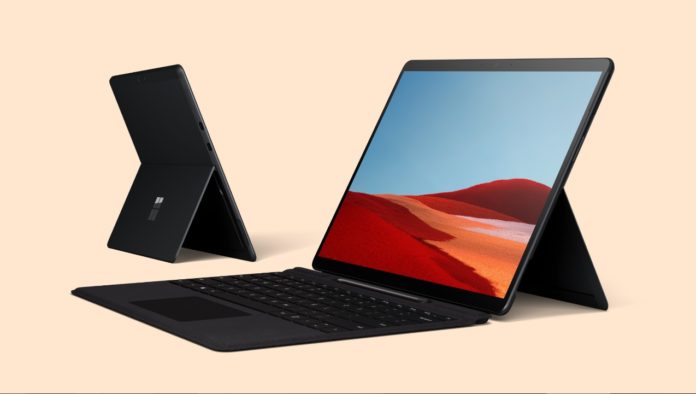 In addition to Surface Go and Surface Book refresh, Microsoft could be planning to update Surface Laptop later this year. According to a new benchmark, Microsoft is testing a mysterious Surface with Intel’s Ice Lake processor.

The device mentioned in the listing does appear to be a Surface product from Microsoft as the company has previously used ‘OEM’ codenames for its Surface Go and Pro 7 devices.

Microsoft could be working on a mid-core Surface model with Intel Core i5-1035G1 processor with a clock speed of 3.7Ghz and 4.8Ghz on turbo boost. As per the benchmark, the device mentioned in the listing is classified with a 3:2 aspect ratio display and 1536×1024 resolution.

The leaked Surface makes use of the HFM512GDGTNG-87A0A NVMe 512GB SSD storage from SK Hynix. It’s worth noting that Microsoft previously used this SSD in Surface Laptop 3 (Ryzen 7), while Toshiba KBG40ZNS256G NVMe SSD was used in the Ice Lake systems. If this is believed to be a hint, this would be an upgrade from the existing Surface Laptop.

It’s important to note that benchmarks are easy to manipulate and its authenticity can not be verified.

In related news, leaked benchmark specs recently confirmed that a powerful Surface Book 3 could be in the works. Multiple 3DMark listings leaked configurations of what many have come to believe as the Surface Book 3.

According to a report, upgrading Surface Go 2, Surface Book 3, Surface Laptop, and brand-new Surface Duo might be coming later this spring.