Microsoft could be preparing to launch a new Surface device (Surface Book 3) powered by Intel’s Core i7-1065G7 and NVIDIA Max-Q GPU, according to a new benchmark spotted on 3DMark.

Last year, Microsoft refreshed its Surface Pro lineup and also unveiled Surface Neo/Duo, but it’ll be a whole three year since it released the Surface Book 2 in October 2017. It’s high time that Microsoft announced a new Surface Book product, and it looks a new device is on its way. 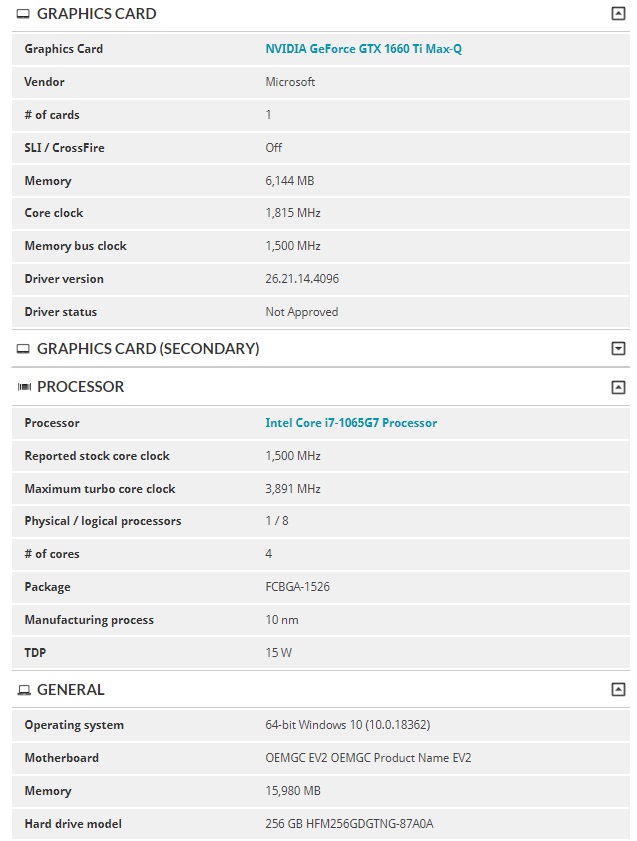 Microsoft has previously used a similar naming convention for Surface Laptop, Surface Pro, and Surface Go on Geekbench and 3DMark, hence this could be a new Surface product from the Redmond firm.

The listing revealed that Surface Book 3 (possibly the 15-inch variant) will use Nvidia GeForce GTX 1660 Ti Max-Q GPU. This GPU comes with a Max-Q Design and it is based on  Turing architecture for thin and light laptops, and it offers better cooling technology.

Like the first and second-generation, Surface Book 3 includes both a dedicated GPU (dGPU) and a low-powered Intel mobile processor.

It’s also worth noting that Surface Book 3 could still come with other processors, but the GPU is likely to remain NVIDIA Max-Q.

As a Twitter user noted, Surface Book 3 with Intel Tiger Lake could be also in works.

Microsoft is likely to talk about the Surface Book 3, Surface Neo and Surface Duo at an event later this year.