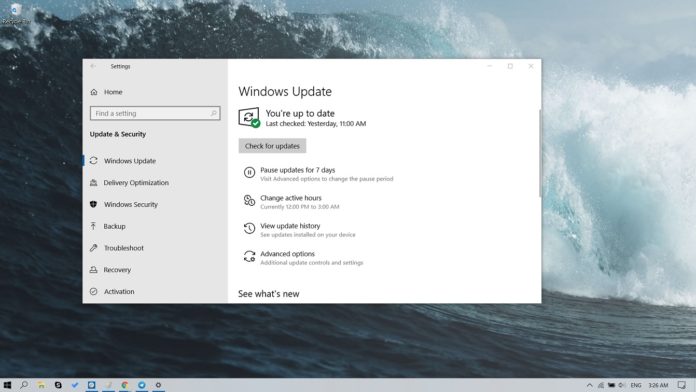 Last week, Microsoft pulled Windows 10 KB4524244 update after it was discovered that a small number of users suffered a catastrophic failure including boot issues. While that particular security patch has been removed, there’s another problematic update with even more issues.

On February 11, Microsoft released cumulative update ‘KB4532693’ with important security fixes, but the patch reportedly hides and deletes contents of the desktop.

A bug in the update boots Windows 10 with an incorrect and temporary user profile, and users respective data for some folders disappear. As Microsoft support team confirmed, the data can be restored by manually transferring the contents from the temporary profile to a new profile.

However, there’s an even bigger problem for some customers. According to isolated reports, Windows 10 KB4532693 update is said to be ‘deleting’ files and users are unable to find their data in the temporary profile folder. In worst cases, users have lost all their personal data and they are unable to recover it even after uninstalling the patch.

“This update KB4532693 caused all the data on my laptop to be erased. Even after uninstalling the update, the laptop would not successfully boot. Then “Resetting” the laptop to factory settings while choosing to keep all personal data erased everything. EVERYTHING. This is a major screw up. Unbelievable,” a frustrated user wrote.

“I have no words, this just happened to me, I just came to confirm it, it’s all over the web, but it’s not just a few files, for me it was dozens of gigabytes of data, this is definitely the end of the line, I am no longer using Windows crap OS, this is just too much!! I even had the update disabled, got no warning, it started automatically even with my firewall blocking dozens of Microsoft IPs, I can’t and no longer want to use such bad lame horrible system that keeps worst and worst every year no matter the facelift it gets,” another angry user confirmed the potential data deletion bug.

There are only isolated reports of the bug and we cannot determine how widespread and serious these types of issues are.

If your PC installed the patch automatically and you didn’t notice any issues, then there’s no need to uninstall KB4532693. You should remove it only if you’re experiencing problems, and it won’t affect the previous cumulative updates that you have installed.

Microsoft’s method of updating and testing Windows has been criticized since it fired much of its QA team. Windows updates are currently tested by Microsoft coders on the real and virtual machines, and consumers enrolled in the Windows Insider program.

The problem here is that many Windows Insiders don’t report actual bugs to Microsoft and most people don’t test the previews builds on their daily drivers. Many tests the preview builds in VMs or on secondary systems, which cannot be considered as a real production environment.

While Microsoft is working on fundamental changes to make Windows updates safer, the company is delivering its updates much faster and automatically, which has caused more trouble for consumers and businesses.

Disclaimer: The article is completely based on user reports. Windows Latest makes no claims, guarantees about the accuracy or completeness in this article or linked pages, and shall not be held responsible for anything we say in this article.