On February 11, Microsoft shared more details of Windows 10 X for dual-screen and various third-party foldable devices. As rumoured for months, Windows 10 X won’t be limited to Store apps only and the operating system will be able to run UWP, PWAs, web apps, and even Win32 apps.

As we’ve reported, Microsoft plans to run apps by using containers on Windows 10  X. Microsoft says every Windows 10 X apps including Win32, UWP, and PWAs will run in containers to improve the performance of the devices and secure the actual system.

Microsoft’s Container is said to be lightweight and it’s based on a similar moded used by Windows Subsystem for Linux (WSL). The container is loaded only when it’s required by the applications.

Windows 10 X currently comes with three types of containers aimed at different application architecture. There is a container for Win32 apps, MSIX and UWP apps (native). With Containers, Microsoft is hoping to provide the highest (backward) compatibility levels for existing apps including Electrons apps such as Facebook Messenger. 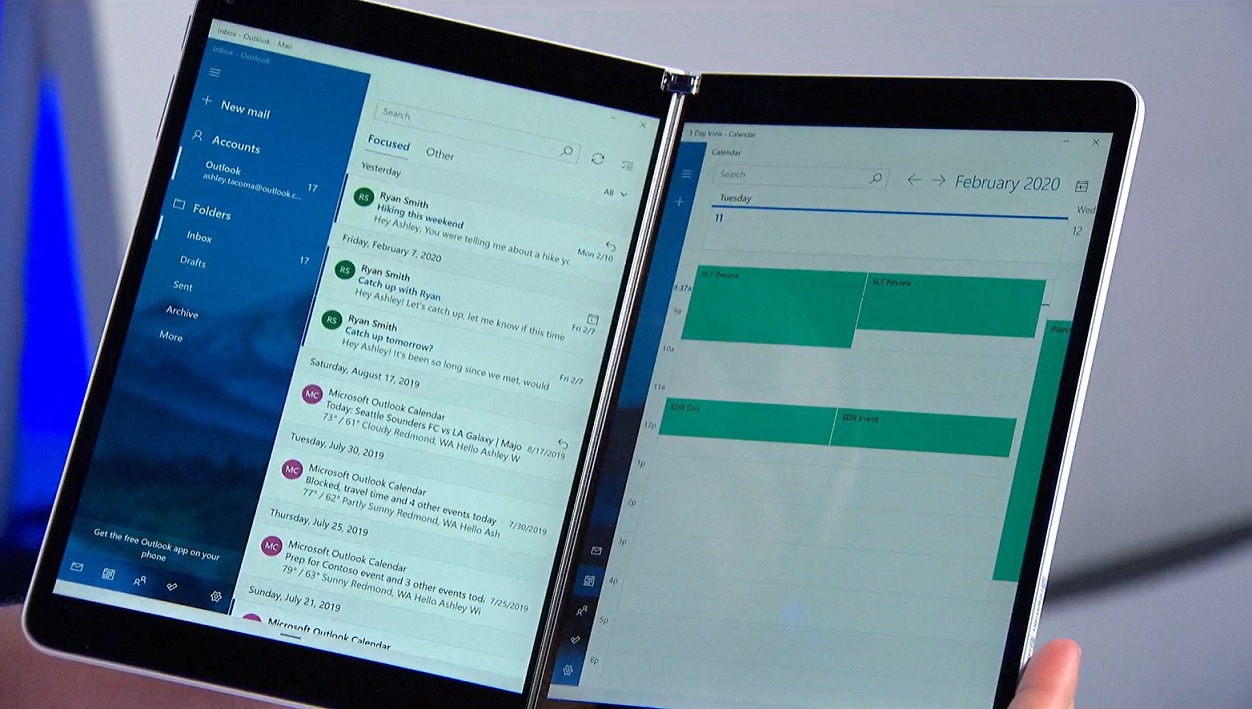 If no apps are running within the Win32 container, it goes away and this contributes to longer battery life.

Microsoft says ‘most’ existing Win32 desktops app will work on Windows 10 X without any modifications required from the developer, but there will be some instances where some apps may not work properly.

Developers can also improve their existing Win32 apps to work better with the new features of Windows 10 X and Microsoft is also willing to work with devs to ensure all apps work.

In addition, Microsoft said Windows 10 X’s new Windows Update system can install feature updates in less than 90 seconds. Microsoft also confirmed that it won’t allow manual installation of the drivers, which means all drivers will be managed via Windows Update for security and performance reasons.

Microsoft believes that most of the users will never run into any app compatibility issues. You can expect all mainstream apps such as Chrome, Firefox, Office, Adobe, and other popular apps to run without issue.