The job post, which was spotted in 2019, stated that WCOS will use improved Windows Open Source Components to protect users from malicious actors and code. Windows Core OS could offer better security with a new security posture that would investigate vulnerabilities and resolve it.

Microsoft has never officially mentioned its plans for a modular version of Windows 10, but the company’s own documentation has given us hints on the development progress.

Microsoft’s modular Windows Core OS, a version of Windows that could run on various form-factors, has been spotted in Microsoft’s own support documentation for businesses again. This is the second time we’ve seen Microsoft refer to Windows Core OS in its publicly accessible document.

The document is fairly new and it was published on January 20, 2020. In the document, Microsoft has highlighted Intune support for a variety of app types on Windows Core OS (WCOS). 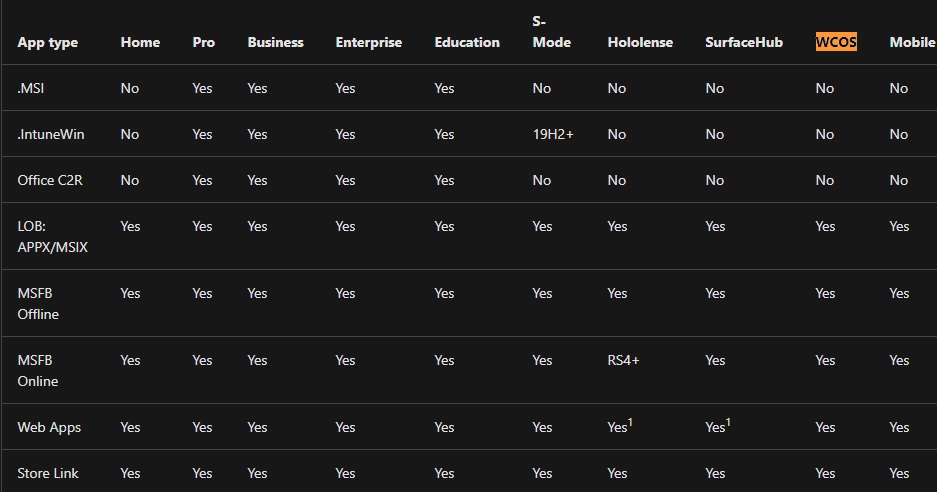 As per the doc, Windows Core OS supports APPX, Web apps and other app formats. However, this is not a complete list as it is referring to the app types that can be managed via Microsoft Intune on WCOS.

Microsoft’s Win32 programs are sandboxed and containerized on Windows Core OS for security and increased performance.

What is Windows Core OS?

Many have described WCOS as Microsoft’s latest attempt to standardize a set of core components and build a universal base for Windows that can be used across different devices. There are different flavours or versions of WCOS, and Windows 10X is an implementation of Windows Core OS for dual-screen PCs.

Windows Core OS is what powers HoloLens 2 and other flavours of the platform may not show up before the end of the year. It’s also worth noting that the rumoured project will offer faster Windows Updates and it will not replace the current version of Windows 10.

All of this is unconfirmed at this time and plans can change, but it’s clear that Microsoft is actively version on a modular platform.