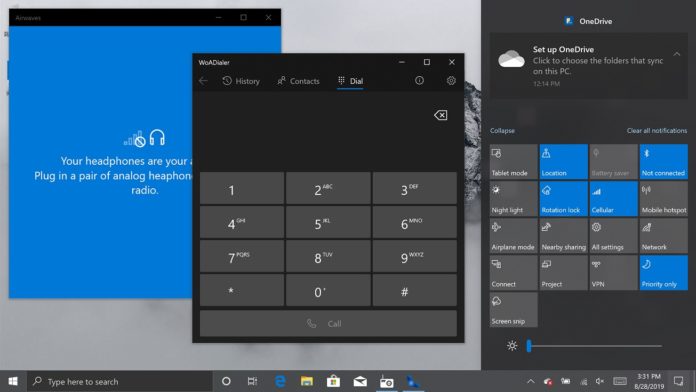 Windows 10 ARM for Lumia project has just received a big update that adds support for some basic features, including WLAN (WiFi). While it has been possible to deploy Windows 10 ARM to a Lumia 950 or 950 XL, the platform isn’t really intended to work with the desktop environment due to various driver issues.

It’s also worth noting that the Lumia 950 (non-XL) is getting support for WLAN (WiFi) in this release, allowing users to finally connect the device to the internet over a wireless connection. The update addresses heating and connected standby problems on Lumia 950 and Lumia 950 XL with Snapdragon 808 (MSM8992) and Snapdragon 810 (MSM8994) respectively.

There are still some rough areas, but it is likely that Windows 10 ARM for Lumia would be good enough for daily use by the time Windows 10 Mobile stops receiving its monthly updates.