To check if the latest servicing stack is installed on your device, click on the search box and enter KB4509096. 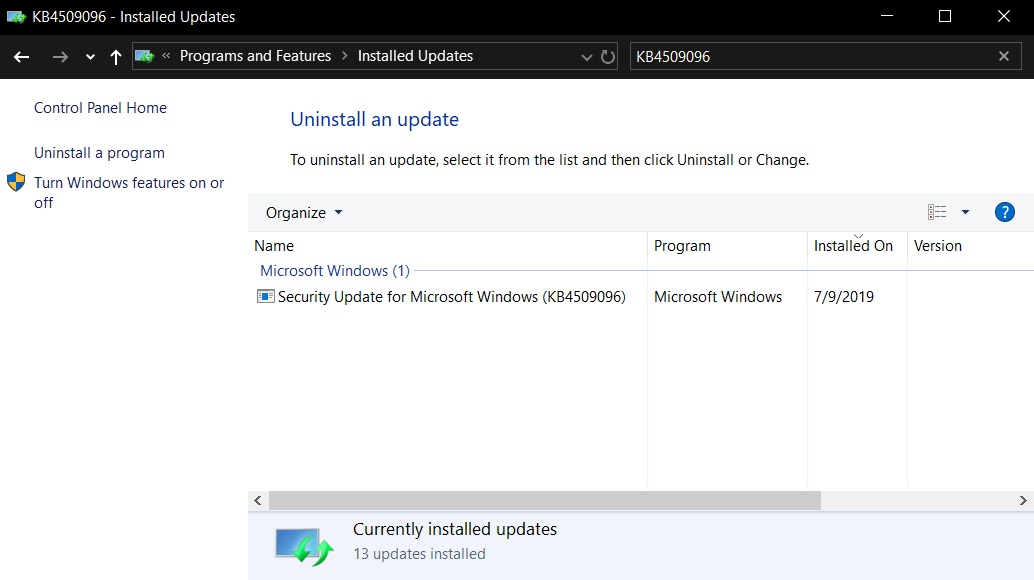 According to support doc, Microsoft has addressed an issue associated with the Secure Boot feature update where BitLocker unknowingly entered recovery mode.

The servicing stack should download and install automatically, but users can also manually install it from Microsoft Update Catalog.