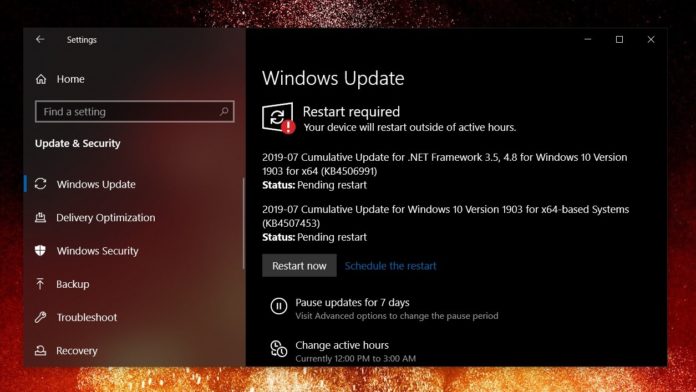 The July 2019 cumulative update for Windows 10 version 1903 is now rolling out with fixes for Mixed Reality, BitLocker and more. You can install the update from Settings or directly download Windows 10 KB4507453 offline installers to update multiple PCs.

As mentioned, you can head to the Windows Update settings page and click on check for updates to download the patch. A restart is required to complete the installation and it takes approximately 5-10 minutes. You can also download the Windows 10 Build 18362.239 offline installers and update your PCs manually.

Microsoft says the update addresses an issue with BitLocker encryption recovery mode. According to Microsoft, a bug caused BitLocker to go into recovery mode in some installations of Windows 10 version 1903. The problem was experienced when BitLocker provisioned and updates were being installed.

Microsoft is aware of a known problem that affects Window-Eyes screen reader and apps may result in an error. The company also noted that some features may not function as expected and users who have already migrated from Window-Eyes are not affected by this bug.

Unfortunately, Windows Sandbox remains broken for some Windows 10 May 2019 Update users. Microsoft has promised that it will fix the Sandbox issues by the end of July 2019.