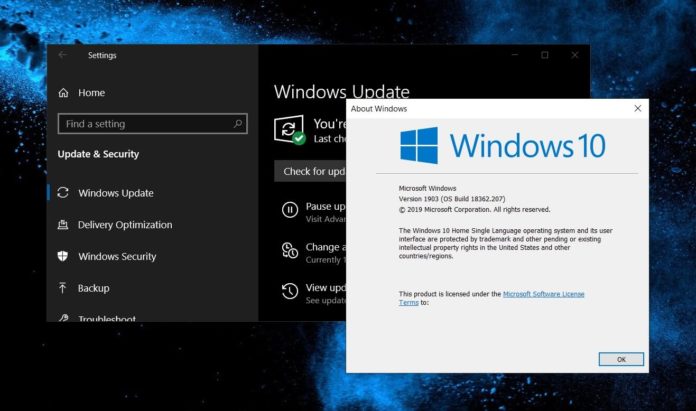 Windows 10 May 2019 Update has a new issue with a small number of devices, specifically old monitors with outdated graphics drivers. We have spotted a number of posts on Microsoft’s own community forum and Feedback Hub made by users who have documented a black screen issue with Microsoft Remote Desktop.

In Microsoft’s answers forum thread, users have claimed that Windows 10 May 2019 Update (version 1903) causes a black screen in the Remote Desktop Protocol windows. The bug is hitting old Windows 10 machines with outdated graphics and it causes RDP to render a black screen.

“Same problem here. Old machine with Intel G41 graphics. Remote access with RDP shows black screen, either from LAN or VPN, but mouse and keyboard are ok (I can reboot using the appropriate key sequence),” a user explained the problem.

“In my case all Intel G41 drivers currently available, from Intel (2009), and from Microsoft (2013), showed black screen with RDP, even though they are Ok with the monitor connected to the PC,” another user noted. 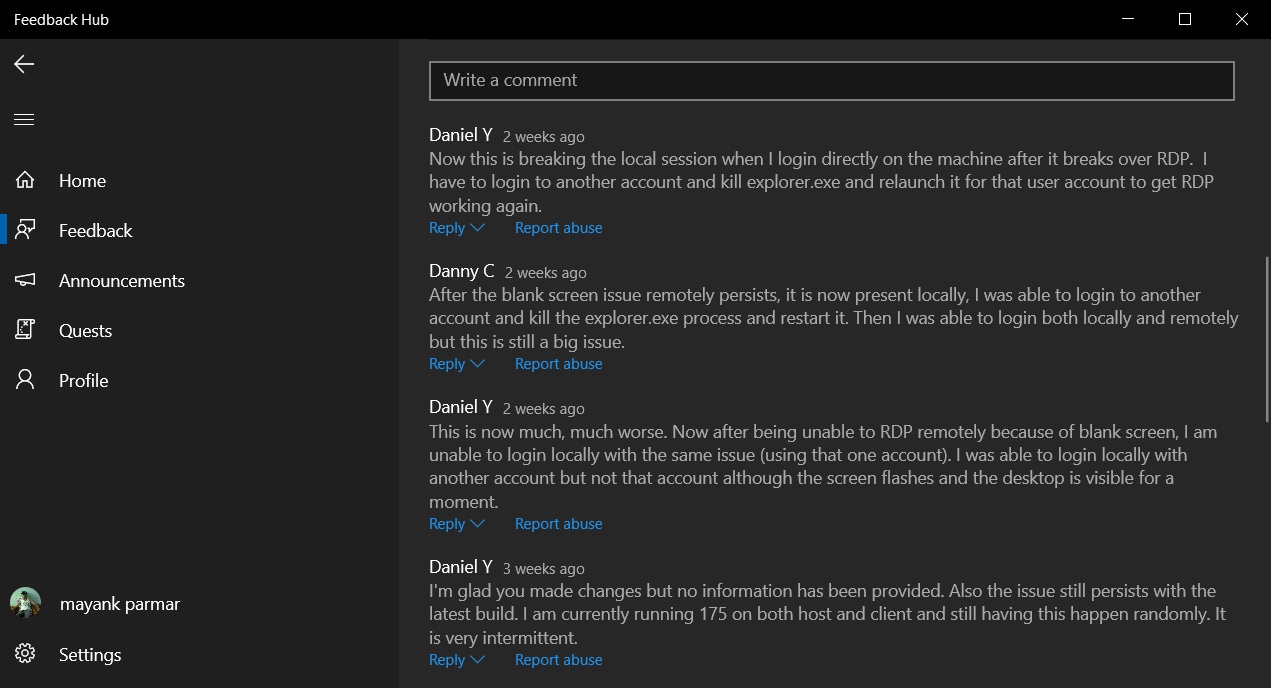 Microsoft says it is a known issue

In a forum post, Microsoft’s Remote Desktop Protocol and WVD Program Manager Denis Gundarev revealed that it is a known issue with some of the old display drivers in Windows 10 version 1903.

“Display drivers report some of their capabilities upon load. In previous Windows versions this reported data wasn’t used or verified. Because of that, some of the old versions of the legacy display driver may report invalid data and it would be ignored. Starting with Windows 10 1903 RDP uses this data to initialize the session,” Denis Gundarev noted in his post.

In another post dated July 4, 2019, Denis Gundarev revealed that a fix hasn’t been published yet, and he recommends the temporary workaround of updating or disabling the affected display driver.