Microsoft explains that the Windows Update was down due to a data corruption issue in an external DNS service provider. As the downstream DNS servers have been updated with correct Windows Update DNS entries, the service should be back online for users soon if not already.

The fix for Windows Update issue has been deployed but there are few reports which claim that the update is still having issues. On Reddit, our comment section and Twitter, we are still seeing fresh reports claiming Windows Update is broken and users are greeted with the following message:

“We couldn’t connect to the update service. We’ll try again later, or you can check now. If it still doesn’t work, make sure you’re connected to the Internet.” 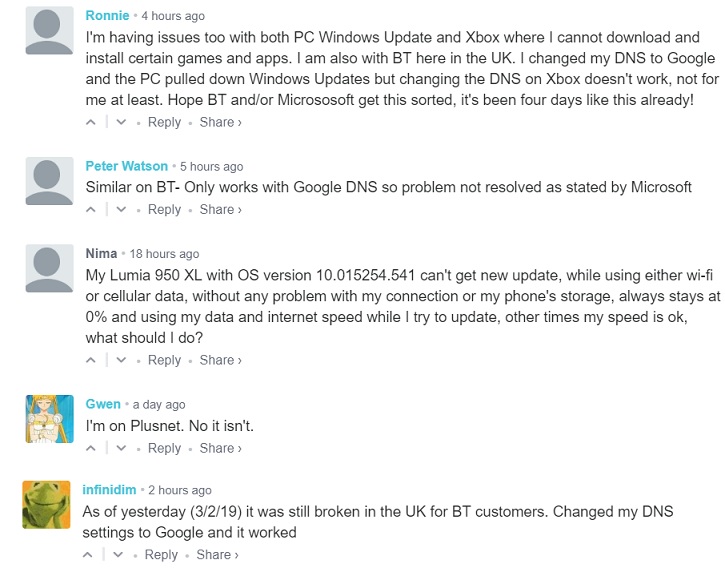 It is worth noting that the bug was not limited to Windows Update as Microsoft Store also experienced problems on some devices.

If updates or store are broken for you at the moment, you can open Settings app > Network & Internet > Ethernet > Change adapter settings and change DNS settings of the active adapter to use Google’s DNS (8.8.8.8) or Cloudflare’s 1.1.1.1.

Editor’s note: The article was updated with fresh details.