There is yet another patent for a foldable Windows 10 device from Microsoft which indicates that the software giant has several ideas in mind for its Andromeda device.

Microsoft has been thinking about a foldable device for a long time now and the patents aren’t really a new thing. The patents that make the rounds occasionally indicate that Microsoft is considering multiple ideas for its foldable

A new patent was recently spotted only and it is titled “hinged device” which once again suggests that Microsoft is exploring more than just one concept for a possible dual-screen device.

The patent application details a hinged computing device that has a first and second portion with hinge ends which is secured to a hinge shaft. The patent also shows off the device with the locking system which would allow users to easily control the dual-screen device with just one hand. 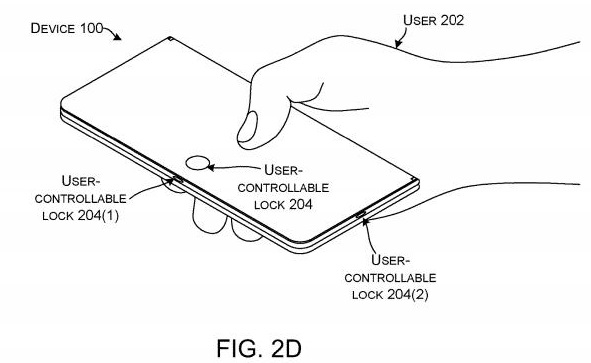 The patented device is pocketable and would be able to unlock the phone and perform various functions with just one hand.