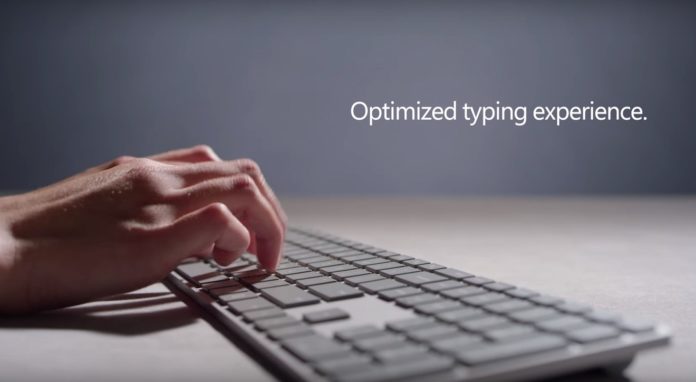 Microsoft is considering a thinner keyboard layout for the future Surface devices and another new idea has been detailed in a patent published last week.

The patent is simply titled ‘Thin Keyboard Device’ and it shows off a device that features a thinner keyboard layout. First discovered by us, the patent was published by USPTO on 6th December 2018 and it was filed by the Redmond-based Microsoft on 8th August 2018.

Microsoft is considering several ideas to improve Surface Pro hardware and this patent enhances another aspect of the 2-in-1 devices. The patent suggests that Microsoft wants to make the thinner keyboard for the next iteration of the Surface lineup and the idea is to change the way the keys work.

In the background section of the patent application, Microsoft says that keyboards are an important mechanism for providing input to computing devices. The consumers are interested in smaller and portable devices. In order to keep up with the demand, there is a need to make thinner keyboards without affecting the typing experience.

The Redmond-based Microsoft apparently has a solution to make keyboards thinner without affecting the experience.

Microsoft has described various ideas that would make the keyboard thinner while maintaining productivity. It indicates that Microsoft is currently pondering several concepts in this regard.

It’s worth noting that this is yet another idea which Microsoft is considering for the Surface lineup and the keyboard layout is still in the patent stage so there is no guarantee the patented keyboard would be converted into a real product.

According to reports, Microsoft’s next-gen Surface Pro with major design changes could be released next year and further details in regards will be shared in early 2019 as we approach the launch date.