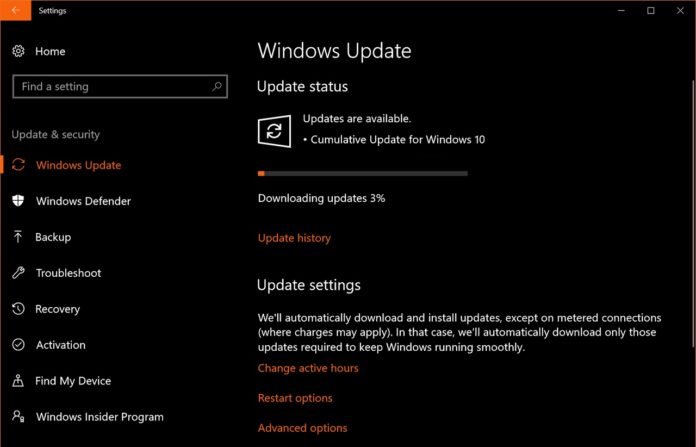 Microsoft today re-released Windows 10 October 2018 Update to compatible devices and the company has also rolled out a new patch. The direct download links for Windows 10 KB4467708 are also available and you can use them to patch multiple systems manually.

After installing the update, you can confirm the OS version number by typing winver in the Start menu on your Windows 10 PC. If the Windows 10 version is 1809 and Build is 17763.134, you’re running the latest version of Windows 10 October 2018 Update.

Windows 10 Build 17763.134 is a typical cumulative update with a focus on security improvements. There are also non-security fixes that come to resolve bugs in the operating system.

The latest patch for Windows 10 October 2018 Update has addressed an issue that prevents users from signing in to a Microsoft account. The update also includes fixes for the on-screen keyboard where it may not work properly.

Microsoft says the company is aware of a bug in Windows 10 that can prevent users from setting Win32 program defaults for certain file types on few systems.

Today, you can install the October 2018 Update once again from Windows Update, Media Creation Tool or the official ISOs.

It’s important to note that Windows 10 October 2018 Update does not come with any critical issues and everything should work smoothly on your system, though Microsoft recommends you to wait until the update is offered automatically and you should not rush.